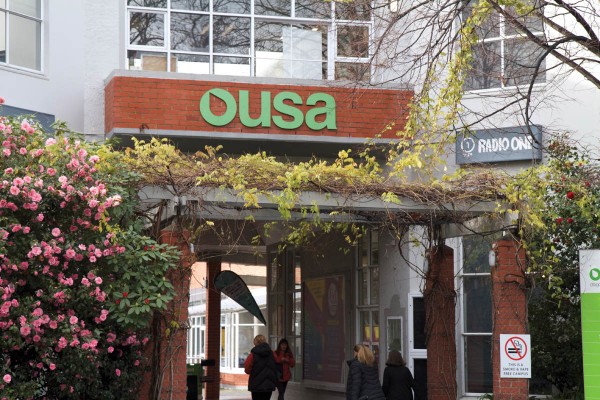 As winter passes to spring and Mole crawls out of his hole in the ground (casual Wind in the Willows reference for all my peeps out there) the student population gradually come out of hibernation and their minds turn irresistibly to a single end. That’s right, the OUSA Referendum is upon us once more.

Those of you older than four months will doubtless remember the last OUSA Referendum, where such eminent questions as “Should OUSA adopt the stegosaurus as its official dinosaur?” were submitted by Critic and tragically rejected by the moderator. Still reeling over this travesty four months later, we forgot to submit any questions for this referendum. However, Sam McChesney, 2013 Critic Editor and notorious OUSA meddler, seems to have slipped some spice in there for us, proposing that the positions of Colleges Officer, Campaigns Officer, and Recreation Officer be replaced by three (3) General Executive Officer positions.

If there is one question you should give a shit about, it’s this one. And coming from Critic, that’s saying something. OUSA is considering a major shake-up of how their executive is built up and these three positions, by far, are the most redundant. In theory, each of them are specific enough to exist. But in practice? Well… just read their quarterly reports.

Should the Pacific Islands Students’ Association President be a voting Ex Officio member of the Executive?

Meaning there is one more person who has to sit through meetings where OUSA decide whether or not to do stuff. Poor cunt.

Should a section to the OUSA constitution be added to read: “No candidate will be elected who polls lower than the “no confidence in these candidates” option before any candidate votes have been transferred […]?

Pretty much this means that it’s way easier for No Confidence to win an election. As no one should ever have confidence in someone running for student politics, this seems like a good idea.

Should students in their final year of undergrad (finalists) be allowed to vote for the position of Postgraduate Officer in Executive elections?

Here’s the lowdown friends (and enemies (and frenemies)), currently no one votes for Postgrad Officer. This might help that.

Should OUSA withdraw its membership from the New Zealand Union of Students’ Associations?

This ugly question rears its Paul-Hunt-shaped head every few years. Generally NZUSA do pretty good work. Although they haven’t managed to repeal VSM yet, which is pretty much their only reason for existing.

Should OUSA hire a staff member with expertise in lobbying and campaigning?

Yes. Yes, they should do that. Also someone who can write press releases.

Should OUSA lobby the University for the exam timetable to be released earlier?

Yes. Also can we make exams shorter, and also can we get rid of exams.

Should OUSA lobby the University to change the semester duration to only 12 weeks of lectures, to ensure a two week mid-semester break?

Pro: less work for us to do.