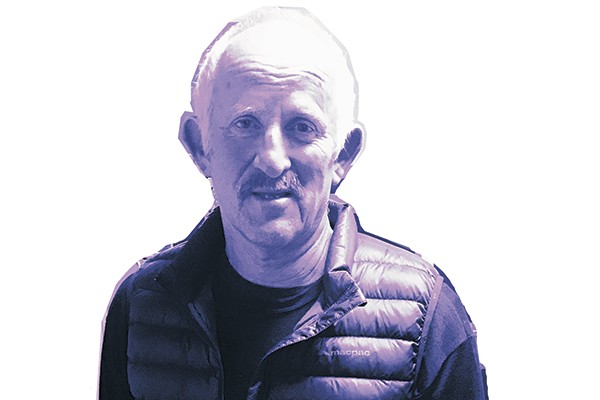 Polling Figures Have the Party Leading All Minor Parties

Care. Think. Vote. That was the message displayed on the projector of Dunedin’s Glenroy Auditorium where the Opportunities Party's (TOP) Leader Gareth Morgan spoke last week.

A crowd of well over one hundred people gathered to hear what the millionaire businessman and economist had to say, and, after announcing that former Aotearoa Legalise Cannabis Party Leader Abe Gray would be TOP’s candidate for the North Dunedin electorate, Morgan revealed that his campaign had “travelled 18,600kms in vans over the last six months,” to rapturous applause.

His talk about the party’s policies lasted approximately 20 minutes, reiterating several times that “we are an affluent country that can afford to change things,” using various statistics, such as New Zealand having the highest youth suicide rate of developed countries, the second highest bullying rate and that 15 percent of children are born into material deprivation, as evidence of systemic failures.

“My younger days were far easier than it is for our young people these days,” Morgan said, explaining that “I was able to put myself through uni with money to spare and, [with] jobs everywhere and houses costing just 3x more than the graduate wage.”

“Nowadays our kids struggle so much to transition to adulthood, and that has to change.”

He said the party “was founded on Guy Fawkes Day,” perhaps alluding to his aim of (politically) taking out the establishment parties, as he revealed he holds aspirations for TOP to garner 10 percent of the vote on 23 September and then 30 percent in the 2020 election.

To that end, he spoke about why people decide to vote for certain parties, claiming that 39 percent of people vote on the basis of whether ‘the policy is fair on me?’, 31 percent choose based on who is promoting it, 24 percent consider who will be funding the policy, and just 6 percent look to whether it will benefit New Zealand as a whole. Morgan then said that these statistics reflect that “we’re too self-centred” when it comes to politics.

Pointing to that 6 percent as the group TOP is targeting, he admitted the party will need to attract voters from beyond that select group to achieve their 10 percent goal.

TOP is currently polling at 2 percent, more than double all other minor parties - including the government’s support partners, United Future, ACT, and the Maori Party.

At several points he lambasted career politicians who worry too much about losing votes and their place in parliament when considering policies, stating that “I don’t have any votes to lose at this stage,” so that’s not an issue for him.

Morgan was clear that, beyond his own party’s election result, he doesn’t care about the constituent parts of central government, as he has “no intention of being part of a coalition government,” instead explaining that TOP will provide a “supply and confidence agreement” to whichever party provides them with the opportunity to implement the highest amount of their policies.

When asked whether any of their policies were more important than others, Morgan noted that their tax reform plan would be prioritised over all of their other policies.

“We’re going nowhere without changing the way that taxation works in our country.”

Being an early investor in TradeMe allowed Morgan to net a share of $47 million, which, according to NZ Herald, he donated to charity. He also received a huge financial windfall through Kiwibank’s purchase of ‘Gareth Morgan Investments’, estimated to have cost the NZ Post subsidiary $50-100 million.