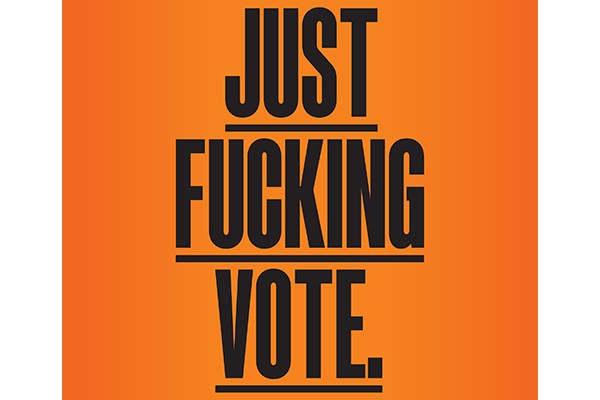 Opinion: Don’t be a Sucker – Vote or Get Voted on

It’s that happy time that only comes around once every three years. ‘It was the best of times, the most shitposty of times,’ the famous proclamation tells us. A time of soap box Facebook statuses on WHY. YOU. SHOULD. VOTE. Yet, despite all the internet slacktivism about how important voting is, our demographic (ages 18-24) has the highest amount of non-voters compared to any other demographic; 37.27 percent or 126,065 non-voters in the 2014 election. Despite being the demographic that will emerge out of university saddled with enormous student loans (an average of $21,000), we are the least invested in the political process that determines how big these fees are. Especially when we forget that our parents’ generation went to university for free.

The cynics will mumble something about how one vote doesn’t really make a difference and how all politicians are liars, before skulking back to their POLS104 lecture to read articles on the size of Cheeto Benito’s hands or Korean Kimmy K’s latest ass flash. And the cynics are right - to an extent. One vote doesn’t necessarily make that much of a difference. But, while our individual vote might be inconsequential, together we form a mighty bloc – one that is large enough to potentially swing the election either way.

After all, look at 2014. National won by a margin of 500,000 votes (260,000 if you consider the possibility of a Labour/Green coalition). Remember how there were 126,065 of us millennials who couldn’t be bothered to vote last time around? Guess who could be bothered to vote. Your racist grandparent who rants to you sometimes about the yellow peril? She votes. The landlord who owns the poorly insulated Soviet-era shack you pay $120 a week to get sick in. He votes. The wealthy businessmen and women who sit on the university senate and committees and decide for us that we don’t need the humanities (indeed, the humanities might remind us of the political power we hold) and that what we do need are CCTV cameras. They vote. And the proof is in the pudding – both Labour and National continue to appease these voting blocs because they actually show up. The older the demographic gets, the more people show up to vote (as high as 88 percent for those between the ages of 65-69) because they have cottoned on to the simple fact that in a democracy you either vote or you get voted on.

We, the future leaders of New Zealand (when we’re not smoking cones and sinking piss), are the suckers in this game because we don’t seem to understand this very simple rule. Vote or get voted on. If you are part of the LGBTQ+ community, guess what – all those hateful homophobic and transphobic old people actually vote and therefore can dictate legal standards, such as workplace discrimination or marriage rights. If you like having a cheeky cone in the comfort of your own home, guess what – all those conservative fuddy duddies who think it is the devil’s lettuce vote, and therefore set the standards for what is legal and illegal. If you, like the vast majority of us, are afraid of looking at your IRD letter because of your student loan passing the five figure mark then, guess what – the people who make money off you being horrifically in debt vote and they vote hard. Even if you’re just a rugby playing lad who loves nothing more than sinking piss and punching darts, the people who vote are the ones who establish the tax rate for durries and diesels.

As long as you continue to abstain from the political process of the country you live in, you are being a sucker. The best kind of sucker, because you don’t even know you are a sucker. You are surrendering the enormous political power you wield to those who benefit from keeping things the way they are. Otago alone has a student population of 18,547 - enough people that if we were all to spend a tiny fraction of the time we spend on memes on reading policies and voting, we could form a political bloc to change the conditions we live in, instead of waiting for some stuffed shirt in Wellington to throw us a bone after they’ve helped their friends line their pockets.

But this goes beyond just Otago – the millennial demographics of New Zealand (ages 18-24 and 25-29) make up 583,645 voters. Given that only 2,410,857 Kiwis actually voted last time around, we hold about 25 percent of the political power of New Zealand in our hands. We hold in our ballots the power to drive the changes we all want, regardless of political identity – better housing, being able to afford a home, not graduating with crippling loans. Regardless of if we stand on the left or the right, we all want to live in a better world and we live in a society where we can achieve this change through the ballot, not the bullet. But the only way to do this is to actually take part, beyond liking edgy memes for politically frustrated teens.

The balance of power when it comes to voting is changing. In 2013, millennials comprised 25.68 percent of the demographic pie, compared to baby boomers at 30.76 percent. As more and more boomers die off and more millennials reach voting age, the scales tip in our favour. After all, we are the ones who will ultimately live with the consequences of the older generations’ actions, be it climate change, a speculative housing market, or student loan increases. We are the ones who have the most at stake in the political future of New Zealand because we’ve got the most living left to do.

So get involved. Remember: vote or get voted on. We are the most educated and most qualified generation in New Zealand history, and yet we can’t even be bothered to show up and vote. Through the internet we have access to more information than any other generation that has ever existed, yet we spend more time looking at titties and kitties than looking at the future policies of our country. So don’t be a sucker. Read and get involved.

Take some time out of your day to google some of these political parties everyone is talking about, read their policies and decide which sounds best to you. Talk to your more politically savvy friends about why they hold the views that they do. Chances are, regardless of party, we all have a lot of common ground as tertiary students. Don’t be a sucker. If a party or politician promised you something last time and didn’t deliver, don’t vote for them. Hold them to account, because if you don’t there is nothing stopping them from doing it again in the future. Get your friends involved – politics involves all of us, whether we like it or not. And above all else, please remember to JUST. FUCKING. VOTE.