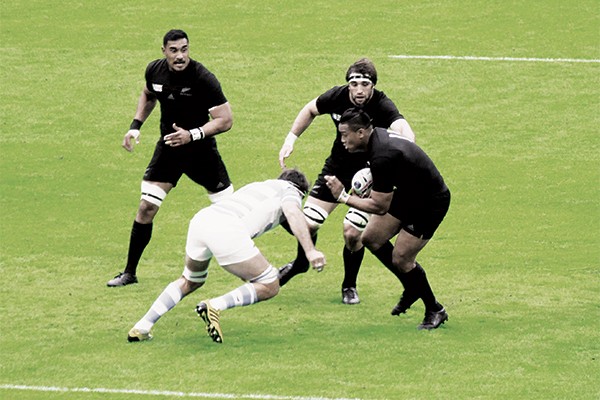 Twelve Years On From a Series Whitewash, the Lions Could Make History

As the Saturday of the final match of the 2017 British and Irish Lions approaches at breakneck speed, (mainly) Lions and (surprisingly) All Blacks fans alike will be feeling the nerves associated with a test-series decider.

The Lions last won a test series against the All Blacks in 1971 (2-1) under the captaincy of John Dawes. Top-scorer Barry John contributed 30 points to take the series.

Shaking the rugby world with their win in the second test, the Lions now have a chance to recreate the heroics of ‘71 and solidify themselves in the history books forever. Will that happen though? It’s very unlikely.

Of course you will be reading this the week following the third test, and will know how right or wrong the predictions I’m about to give are.

I’m a pom, I’m not shy to admit it, and with that comes a fear of the black jersey in all forms - for most of us it is almost an innate fear, beginning the moment we exit of the womb. The All Blacks are a formidable force when at their worst, as we saw in the 1995 Rugby World Cup, when it took a drop goal from Joel Stransky to sink a team seriously struggling with illness in the final (we’ll not get into whether the South Africans intentionally poisoned them or not).

Most notably for the All Blacks, Julian Savea’s return to the team to replace the exciting but vastly less experienced Reiko Ioane on the left wing will be a boost in terms of experience. Sonny Bill Williams’s four-week ban following his horrific no arm tackle on Lions’ winger Anthony Watson is a loss, though the New Zealand media may not think so. His replacement Ngani Laumape will fill in at second-five eighth for his test debut with the exceptional Anton Lienert-Brown outside him. The precocious Jordie Barrett will also receive his first test start, filling in for Israel Dagg, who moves to the wing, as Ben Smith remains out of the squad with the concussion he picked up in the first test.

The win in the second test means the Lions retain their unchanged starting XV, with a few like for like changes in the replacement.

My prediction for the deciding test is: All Blacks dominate the match and win by 10+ points

This is the most likely result by far in my opinion. Having lost the last test by just three points, the All Blacks will come out as if their lives depend on the result of this game going in their favour (to some extent they do, considering the media backlash against them following the second test). They haven’t lost consecutive matches since 2011, and that was just before their triumphant World Cup campaign of 2011, so they were resting players in preparation for the tournament. They also haven’t lost two in a row at home since 1998, and their winning record at Eden Park stretches 39 test matches (3 July 1994).

Alternatively, this could happen: British & Irish Lions scrape a win by -5 points

I must be honest, with their record at Eden Park this is a bit of a pipedream. What Lions fans can hope for, I guess, is that one of the All Blacks sees red like Sonny Bill did 20 minutes into the test, but if it remains 15 on 15 for too long, the game will likely catch up on them in the final 20 minutes and sink the hopes of everyone backing the four nations.

Stranger things have happened though. I’ll be chucking at least $20 on the Lions at $4.55, with the All Blacks sitting tight at $1.19.

Send an email to execeditor@critic.co.nz next week to let me know how wrong I really was. This series only comes around every 12 years, so enjoy it.