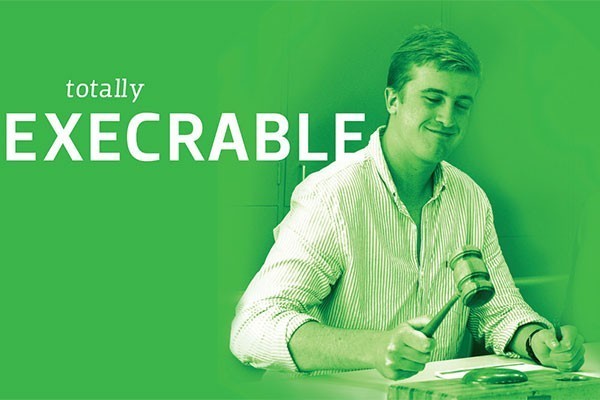 Keeping tabs on the Exec

The meeting began with a warm welcome to Te Roopu Maori President, Eli Toeke, who was elected during the Te Roopu Maori Annual General Meeting that was held on 14th March.

After a thoroughly captivating discussion about health and safety, Recreation Officer Caitlin Barlow-Groome presented her report from the second meeting of the Commerce Divisional Board. It involved “approving papers/majors being added or removed” as well as discussion about departments offering more core papers in Summer School and through extra-mural means.

The Computer Based Examination Working Group met on 16th March. Although most of the information is unable to be spoken about publicly at this stage, Education Officer Bryn Jenkins did state that, “[the group] met and continued its efforts towards completing the current stage of the committees work.”

Admin VP William Guy told the executive that, because 2016 Finance Officer Jesse Hall cancelled automatic annual funding for OUSA affiliated clubs, a decision was made to pay clubs who were expecting that automatic funding for this year, but that this status would not continue into 2018. Six groups previously received automatic funding. The executive attempted to look into “how they can help these clubs in 2017 without disadvantaging these clubs partaking in these events.” Jenkins questioned Guy: “Why weren’t clubs aware of this?”, with Barlow-Groome mentioning that the groups were told they’d be paid so it’s “good faith to pay them now”. Jenkins then questioned whether funding for this year would inhibit those six clubs from receiving other clubs funding, to which Guy stated that, although there is an extra $40,000 in the clubs fund compared to last year, “it will affect some clubs”. Additionally, several members asked about what to say when clubs ask them what has happened in relation to this funding, to which Guy said that these are “exceptional circumstances,” before President Hugh Baird conceded, telling the executive to admit it, and “tell them we screwed up.” The clubs who received this last round of automatic funding are still able to apply for regular funding.