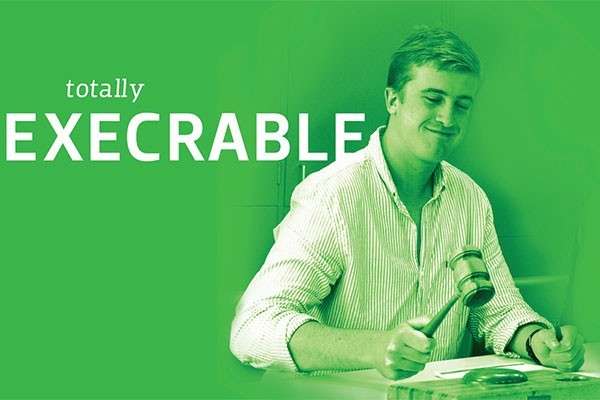 Executive Pledge to be Apolitical in Election Year

Recreation Officer Caitlin Barlow-Groome began with the affiliation of the ‘ACT On Campus’ group, which drew immediate discussion from the executive about former OUSA President Logan Edgar’s colourful relationship with the group (well worth a read if you are unaware of what happened). The list of members accompanying the group’s affiliation request was collated from the group’s Club Day stall in O-Week; Bryn Jenkins thought it was important to ensure students knew that the sign up sheet was a membership list and not a mailing list. President Hugh Baird concluded that OUSA should email all political groups to tell them to clarify what people are signing up for.

With the general election being held this year, Baird decided a set of guidelines should be drawn up for what executive members can and cannot do when political parties are present on campus. OUSA CEO Debbie Downs stated the importance of OUSA “not being seen to be endorsing any particular party,” a point the executive all agreed with. Designated time periods will be set up for when politicians are able to come and speak on campus to improve parity, with OUSA only going as far as publicising their presence on campus (but not any peripheral events, such as free BBQs).

Finance Officer Cody Kirby brought the discussion around to the Hyde Street Party, which will be held on 1st April, and in particular what role the executive were to play in the event. Admin VP William Guy said that as he was at the party last year as ‘Are You Okay?’ and because it’s his final year he “wants to go”. CEO Debbie Downs said that it must be clear that if you go as an executive member, you’re not then allowed to party, something that has happened in recent years.

Baird then went on to state that mental well-being should be a priority for OUSA in 2017, proposing an event that would be similar to Relay For Life for the end of April that would also culminate on the union lawn. Other executive members said that Relay For Life is on the 7th April and Mental Health Wellbeing Day is on 4th May, meaning the timing isn’t great. Welfare Officer Danielle Pope spoke of the amount of work going into the latter, with physio massages, stalls, boules, and ping-pong being organised for the event.

Finally, College Officer James Heath pledged to “shave his head for Relay for Life,” something Critic is keen to see followed through come 7th April.