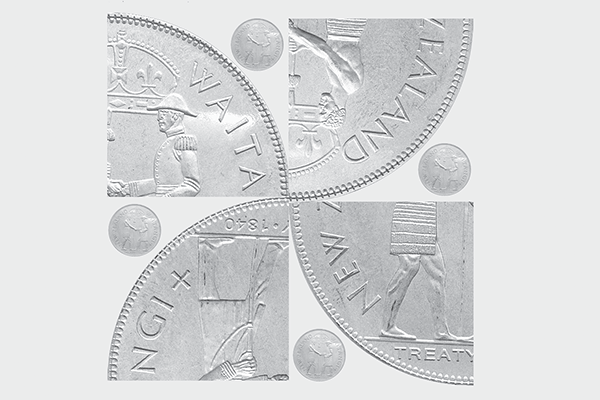 Plea for Policy: Why the government should devolve social services to iwi

The 21st century so far has offered some significant ebbs in New Zealand race relations. If one were to ask a New Zealand politics student what the major blows for bi-culturalism were in the last 16 years you would likely receive a list of the following; the passing of the Foreshore and Seabed Act 2004, the “iwi/kiwi” slogan in National’s 2005 election campaign and perhaps more recently, Maori dissatisfaction with the signing of Trans Pacific Partnership Agreement. The general outlook of Maori-Crown relations in this century is understandably bleak. However, a polar-opposite list is equally available to anyone willing to see it; the completion of Treaty settlements en masse, the passing of the Te Urewara Act 2014 and the creation of the Maori Party in the aftermath of the foreshore and seabed debate. Maori rights have always been a hot-blooded issue in the eyes of your average New Zealander. It’s hard to gauge the public sentiment towards Maori rights at any one given time. The public attitude prior to and during the 2005 election is easily classed as resentful (uniquely exploited by liberal-ultra Don Brash and Co.). Whether this matters politically or not is contentious, but in the past political parties have seen negative public perception as the main impediment in addressing Maori rights.

Has ‘middle New Zealand’ undergone an ideological shift away from the social conservatism of the early 21st century? My bet is no. Which is why the fifth National Government has been so successful. Negotiations, led by Attorney-General Chris Finlayson, have been largely completed unbeknownst to an historically unreceptive constituency. Whether this is still the case is hard to tell, yet the public attitude towards historical grievances in recent years has shifted from contemptuous to seemingly lethargic. Finlayson’s proficiency in balancing the empathetic aspect of Treaty settlements with the pecuniary interest has arguably stemmed the public display of contempt from Maori (with the recent exception of widespread Maori opposition to the TPPA). This reason is partly why the National Government must not allow the progress of Maori-Crown relations to plateau as the “full and final” settlement process nears its conclusion. The Government must continue to make hay while the sun shines.

Article 2 of the Treaty of Waitangi ensures Maori retention of tino rangatiratanga, a word that denotes absolute sovereignty. Maori never received this in the years following the 1840 signing. Now they never will. At least not in the way article 2 was intended. However, the Government still retains an untapped mechanism of establishing Maori sovereignty in the holistic post-Treaty political environment—the devolution of social services.

The localised provision of social services to iwi members is the most effective way of constructing tino rangatiratanga for Maori in a state that can never fulfil the promise of true sovereignty. But it also serves a greater purpose: providing better social services.

Over the past 30 years iwi have undergone considerable structural and organisational change. Historically iwi were robust local governing bodies that developed and applied a fluid law of morality (customary law known as tikanga Maori). They had a purpose—organise. This purpose was all but lost with the signing of the Treaty of Waitangi. Iwi lost their autonomy and with it much of their true purpose. The unity that formed around the iwi social unit devolved into a mere spiritual body, becoming centralised around emphasising the importance of tikanga Maori, rather than applying it.

Arguably the greatest trick played on Maori was convincing them that tikanga Maori could co-exist alongside the Westminster political system.

It couldn’t then, and it cannot now. Since the settlement process began to take flight in a meaningful way Iwi have regained a portion of their lost relevance.

The purpose of the historical grievances settlements may have, at least on the side of the Crown, served to recognise and remedy the wrongs of the past. But for Maori (and Iwi specifically) it also meant reacquiring the means to have a meaningful purpose in the lives of their members and whakapapa.

The assets received through the settlement process have led to the organic development from iwi being purely spiritual bodies to becoming well-oiled corporate entities. The management of iwi, at least on the provisional-side of the organisational model, is now, in most cases, interchangeable with any large functional private company.

In all ways except one: Iwi are intrinsically political.

The iwi modus-operandi is service-maximisation, as opposed to profit maximisation. This is an oversimplified explanation of iwi aspirations and goals, and the generalisation of the term “iwi” as a unit is problematic alonesummed up aptly by former Prime Minister Jim Bolger who recently said; “different iwi will have their own perspectives”. However, it is equally fair to say that the thread that weaves together the division of perspective between iwi is the shared goal of making the lives of their members better.

Thus the argument for privatisation of social services, specifically to iwi, becomes two-fold. Not only does the late 20th century selling-point of neoliberalism still apply, but now with the added benefit of the securitisation of minimum standard services.

The biggest argument against privatisation is the inherent interest of a profit-driven company to make profit-orientated decisions irrespective of their social consequences. A company will cut corners in order to save costs regardless of who they may effect and how. Serco’s mismanagement of Mt Eden Prison has been the poster-child of this cautionary tale for the last year. Such is why iwi are the perfect candidates for this experiment. Iwi fulfil the aspirations of the neoliberal model, which is to enjoy the benefits of free-market principles in the provision of social services, while also omitting the risk of neglect of the participants themselves.

Allow local iwi to manage the provision of social welfare to opting-members. Pay iwi on a base contract to distribute welfare payments to their members and establish a social impact bond on top of the principle service that provides monetary rewards for meeting tailored targets such as reducing dependency, pushing skills training or increasing interaction with the workforce.

This idea isn’t completely new by any stretch. Whanau Ora provides alternative health services based on many of the same principles, such as the use of the spiritual connection with iwi to more aptly address the health needs of whanau. Yet mostly what we have seen materialise is limited to deconcentration of administrative social service functions rather than a full fiscal and political devolution.

More recently iwi have begun to negotiate towards a privatisation model for providing social services to their members. The Ministry of Social Development commissioned a report last year titled Decentralising Welfare – Te Mana Motuhake O Tuhoe. The report outlined the potential for Ngai Tuhoe to absorb some or all of the functions of social welfare provision for its members currently managed by Work and Income New Zealand. Yet what we see, which is the case for Ngai Tuhoe, is the concept of reviving relative autonomy for Maori through iwi-Government partnerships purely based on their relevance in historical grievance claims. The model that should be strived for must rest on not only addressing past wrongs, but rather building policy that actually makes sense.

The main opposition to Whanau Ora is the impossibility in quantifying its effectiveness. This is the downfall of public policy in the age of peer-reviewed studies and international thinktanks. We seem to tailor policy specifically to collect, analyse and output statistics that reflect the proficiency of the initiative. This problem has been specifically detrimental in area such as education and health where positive outcomes are experienced on the ground level yet unable to be quantified at the top end and vice versa. For anyone who has passed through New Zealand’s public education system recently they will likely know that statistical evidence collected is arbitrary at best. The system literally recreates itself until the required statistical result is achieved.

This culture is no one’s fault. Nor is it, as some suggest, a unique staple of the National government. The reason governments want their policies to be statistically measurable is purely political. But what we see with policies like Whanau Ora and the developing idea of allowing iwi to manage themselves is that the majority of their usefulness exists on a personal level, rather than a macro one.