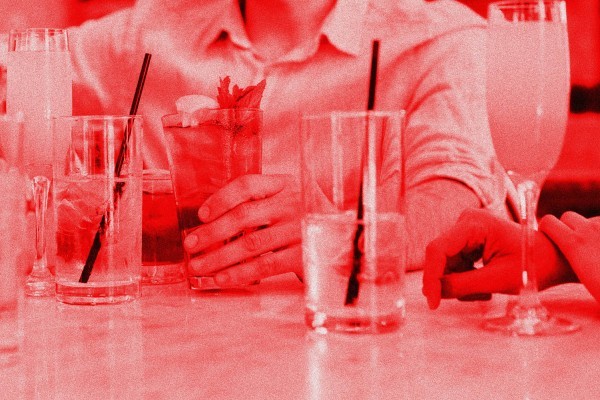 Two people suspect that their drinks were spiked at a BYO at the start of the year. According to Dunedin Hospital, rates of alcohol-related admissions spike around student party weekends like O-Week and St Paddy’s.

The Otago University Snow Sports Club (OUSSC) hosted a public BYO at the beginning of the year. According to President Nick Sheetz, there were “around 100 people” present, not all of whom were members. “Seeing as we had no Clubs Day, we needed a way for people to get involved. We had no members to promote to, so we needed to make it a public event.” He said it was made public to help OUSSC find and recruit new members, not to encourage non-members to show up to member events.

Two suspected cases of drink-spiking marred what was otherwise a smooth-running event. According to a club member present at the time, “the first person, she basically passed out at the BYO. She was on the ground, pretty unresponsive, and they were able to get her home. All I know about the other person was that he just felt ill.” Both people were taken home and looked after by club members.

Another club member at the BYO said that they were glad nobody got hurt, and that the first person, who felt “very unwell”, was “walked home by flatmates and a club exec who is first aid certified, they walked her home and looked after her, and then the other guy was the same story.” The member was confused at the seeming randomness of the victims. “It could’ve been any of us.”

Nick told Critic Te Arohi that both the victims and the club were taken by surprise. “It’s kinda uncommon, none of us had ever dealt with drink spiking.” “Either it’s for some sort of horrible sexual gain, or you’re trying to be funny and make your mate have an unfortunate night or a wild night. Maybe they tried to spike someone else and the wrong person drank it, maybe even my drink, maybe they thought ‘oh I'm gonna spike the prez how funny would that be’, but I dunno why anyone would do that, that's an awful thing to do.”

Since the incident, Nick says the club had since reacted quickly to prevent this from happening again. “This incident and the behaviour behind it goes against everything OUSSC stands for. We have a zero tolerance policy for these sorts of actions and call for the same from our community.” Nick added that as soon as he heard about what had happened, he “immediately contacted the people [affected] to make sure that they knew their issue was acknowledged, and that if they needed anything else they could get it.”

It was “kinda futile” to try to find the culprit, Nick said, with OUSSC members suspecting that the drink-spiker did not come from within their club. Moving forward, Nick wants to “generate awareness on the topic in an attempt to protect our members and students in general”, continue to communicate with OUSA, and adopt harm-reduction strategies. He was committed to OUSSC “leading by example”. Since the event, OUSSC has not held any further BYOs. At future events, a guest list will be checked and drinking games like Save the Queen will be banned.

Dr Susie Gowers, Emergency Medicine Specialist at the Dunedin Hospital, had some advice for people who suspect they’ve ingested something they didn’t plan on. “Occasionally people present to ED feeling their drink has been ‘spiked’. The main symptoms and signs for alcohol [mixed with] other drugs include feeling drunk, sleepy, dizzy, nauseated, incoherent speech, memory loss, poor coordination and vomiting. Some people may hallucinate or feel like they are ‘tripping’, ‘spaced out’ or not in control.”

“If someone suspects they have been drugged and are unwell then they can be assessed in ED… The ED team [will] provide supportive care and observe for complications until they are safe to go home, [and] the sexual assault team will come to ED at any time if people need their help.” Once the person has recovered, Susie suggests that “they report their experience to the police to investigate.”

Nick said that he offered the option of going to the police to his club members, but they decided not to. Instead, OUSSC reported the incident to to OUSA, as “we find it important to be open and transparent about what happens within our club and the greater student community.” Another member added: “We don't think it was somebody in our club, and if they are, we don't want them to be in our club.”