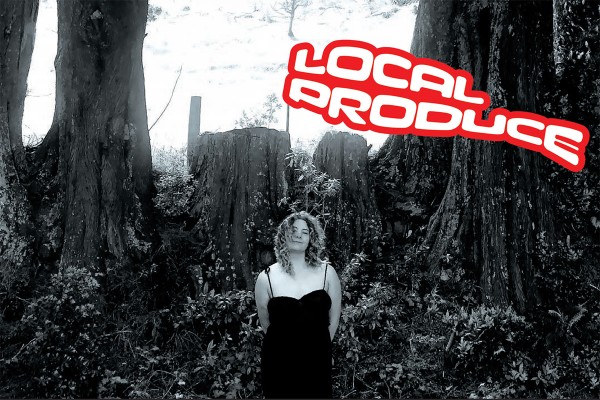 Over the summer, Ōtepoti singer-songwriter Lillian released her debut album ‘Cerulean’, which navigates feelings of heartache and hope. Critic caught up with Lillian to chat about her new music. Socially distanced, of course.

Lillian Gibbs is in her fourth year, currently studying a mixture of Politics, Management and Geography papers. In her undergrad, she majored in Sociology and minored in Classical Voice. This allowed her to carry on interests in formal singing, having attended a choral school and sang as a chorister when she lived in the UK.

Lillian describes her sound as folk and indie rock. “Very mellow. Very very chill.” Growing up with her parent’s taste in folk music, Lillian emulates the sixties American folk singer Dave Bixby. “I think it's just… pure… how it doesn't need a lot of instruments or background to make it really special.”

Cerulean is named after the shade of blue, not the city from Pokemon. “I was trying to come up with a name that would sum up all of the songs in the album and how I felt about them.  And I thought of the colour blue, because that's kind of how I feel the mood of the album,” she said. Lillian settled on cerulean, a colour that represents sadness but also peace and calm.

Cerulean is also a chronological time capsule of Lillian’s songwriting to date. The earlier tracks come from 2017 when Lillian started creating her own music. She began with piano then picked up guitar the following year. “I’d had these songs that were just from a range of different points in my life and I treated the album like it was a timeline…it’s kind of like a little journal to me,” she says.

Listening to Cerulean is like floating in the ocean on a balmy summer day. Although the ocean can be dangerous, although there may be something darker lurking underneath, suspended in the comforting hold of the waves, these anxieties are a humble trade to make. Framing the album is the melancholic opening song “Cloudland” and the gracious closer, “Happy”. Lillian also channels her academic interests into her work. The song “The Art of Being a Woman”, deals with heartache whilst also allowing Lillian’s interest in sociology to shine through.

Lillian and her flat are currently self-isolating. When we asked Lillian what she had been listening to to get through, she admitted that her flat has been listening to a lot of Adele. Trapped alone in a flat with the same six people, mainlining Adele’s emo lyrics seems like a dangerous game to Critic. If you perhaps crave something a bit more serene, you can listen to Lillian’s album Cerulean on Spotify. And as our collective health improves, you can expect to see Lillian performing at some local venues. You can keep up to date with these on her instagram @lillian__music.