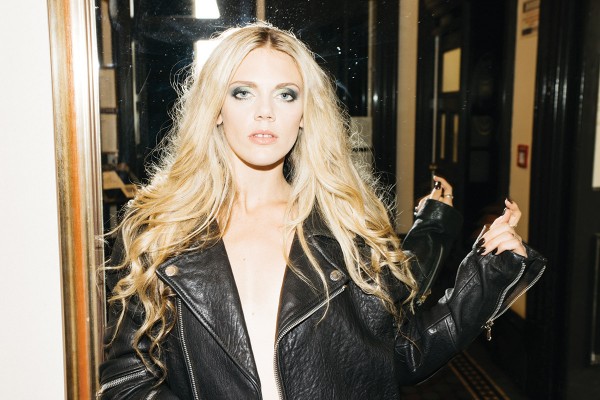 PRINS: what it’s like being a solo female artist in Aotearoa’s music industry

Alannah Prins, known by her stage name PRINS, is one of Aotearoa’s latest musical sensations. An electro-pop artist based in Christchurch, she is set to embark on a nationwide tour in the coming months. Critic sat down to chat with her on the tour, her new music, and what it’s like finding your place in the music industry.

Originally from Auckland, Alannah moved to Christchurch to study musical theatre, having always had a passion for music and performing. “Music has always been a massive part of my life,” she explains. After about a year of study, she realized musical theatre wasn’t exactly the path she wanted to go down. So, she decided to take some time off and ended up joining a band she found on Student Job Search. From there, things began to take off and she started pursuing original music. “I had fallen in love with performing, it took maybe three years before I started working on original content and pushing in that direction,” she says.

While Aotearoa’s music industry has produced a variety of notable female acts, it is still heavily dominated by bands. As for being a female solo act, Alannah says “it’s been interesting, I have found there’s positives and negatives being down in the South Island.” In terms of her genre, Alannah says: “I can’t think of anyone that’s doing the same genre. There are people writing pop music, but I have felt like I’m the only one that’s pushed into the dance, electro pop dance scene. It’s cool, but it’s hard being the only one,” she says.

“There’s a lot of support in terms of funding, and platforms that can help you, but I find a lot of the New Zealand audience maybe isn’t as well-introduced to pop as I thought.” Alannah says that “once you get past a certain barrier and prove yourself, it’s a lot easier to get support behind you instead.”

Alannah’s nationwide tour is guaranteed to be a success. Her sound is infectious, and her discography is riddled with pop hits which are sure to shake up the dance floor. Alannah says she loves touring, and is excited to build up new audience bases. “I love travelling, so being on tour and getting to do what I love while seeing the country is the absolute dream for me. I’m playing pretty much most of places in New Zealand. It’s a challenge to build an audience like that. I had a breakthrough in Dunedin when I played at Dog With Two Tails in July,” she says. “That’s the first time I’ve had a really decent audience outside of somewhere I’ve either grown up or been based in, like Christchurch. Dunedin has a soft spot for me.”

As for her musical influences, Alannah says she tries to keep her songwriting as original as possible, ensuring that she doesn’t become overly influenced into creating the same sound as others. “I get compared to Dua Lipa, Miley Cyrus, and Halsey, that style vocally. In terms of songwriting, I try not to be influenced by anything too much because I feel like it will start sounding like everyone else,” she says.

Despite lockdowns taking a major toll on live music, Alannah is optimistic and hopeful for the projects she has in the works, and for wider gig culture. “The first lockdown was really tough because I released a single in that 48 hour period when we were going into lockdown. It was rough because it was the first time I’d been supported by NZ on Air, and had worked with SAACHI on the production,” she says. “It was tough to get attention because everyone was in panic mode. Releasing music is still hard, some people are excited for new music to be released if they are locked inside their house, or people just don’t care,” she explains.

As for her future projects. Alannah is working on new music, and is even beginning to plan her 2022 tour. “I’ve sat down and planned the next 2–3 years of my life. I’m going on a tour, I have some festivals planned over summer, and I’m working on a bunch of music at the moment,” she says.

Keep an eye out for PRINS on her summer tour in Aotearoa. You can also find her music on Spotify.