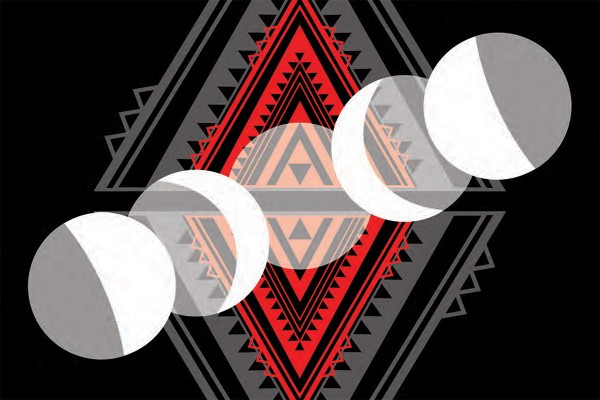 Growing up in Aotearoa, chances are you’ve learned a bit of te reo here and there. While you might think there is a one-size-fits all approach, that’s not the case. All across Aotearoa, different iwi in different regions each have their own individual dialects of te reo. Listed below are detailed descriptions of some of the individual dialects, as well as some examples for you to practice, depending on what region or area you call home.

This famous Kāi Tahu whakataukī has a multi purpose meaning within our iwi as it can relate with anything aspirational for the next generation such as, te reo Māori. Where it is indeed for us and most definitely for our children after us. Compared to the rest of the motu (country) our dialect is a bit more rerekē than most! Hai tauira (for example), we replace the generic ‘NG’ and use ‘K’. If you’re wondering why we use ‘K’, according to Tā Timoti Kāretu (Māori Language GOAT) “because it is c-c-c-cold down here” - lol. Ehara i te tika but, you get the joke. Anyways, Kāi Tahu have a variety of kupu (words) that are unknown to those who descend from other iwi. Another difference is that we step away from using the generic nouns for our whānau members. Instead of using ‘koro’ for grandfather, We use ‘pōua’. Other kupu for whānau members include:

tukāne = brother of a girl

"Nā tamariki a te kohu" — Children of the Mist

This whakatāuki speaks both of the geographical features which constitute the landscape of Ngāti Hine but also attribute towards the mentality this iwi possesses in expressing Ngāti Hinetanga. In comparison to many other iwi of Niu Tirini-Aotearoa, tō tātou mita he reo tino rereke ki wētahi atu (our dialect is quite distinctly haphazard). Ngāti Hine employs extensive use of transliterated or borrowed words from the English language. An example: wharō, which when pronounced should sound like floor, because it is. In contrary to the mainstream Māori alphabet, we also use “s” like so: “e koe, sweepi sweepi te wharō.” Other kupu include:

and perhaps most suspiciously... pinkipinki = pink

With the passing of our kaumātua, the kupu can be lost as well. These kupu allow us to remember their absence and reinvoke their importance in our lives.

“Ko au te awa, ko te awa ko au” — I am the river and the river is me (referring to the Whanganui River)

One of the most noticeable differences in the Aotea dialect is that the letter H is pronounced as a glottal stop which means it doesn't get pronounced. We say that we drop the H’s so words such as Whanganui and whānau are pronounced as Wanganui and wānau, but still spelt with the letter H. This dialectical difference has been the root of a very long-winded argument about the true spelling of the name Whanganui.

For a lot of our informal language we like to drop the A in words such as kia, kua, anō, noa, and anake. Common phrases such as kia kaha would be pronounced as ‘ki ka’a.’ And when asking if someone is finished we would say ‘ku mutu koe?’ as opposed to ‘kua mutu koe?’

When agreeing or supporting something we often say āna rather than āe. We also follow the general use of the ‘u’ instead of ‘i’ in words such as tupu, purutia. In many pronouns such as tātou and mātou we tend to use the ‘au’ sound so our words are written and pronounced as tātau and mātau.

Disclaimer: although this kōrero talks about the Aotea dialect, it focuses more specifically on Whanganui dialect.

This whakataukii describes not only the Waikato river and all its taniwha that are kaitiaki, but the many chiefs from within our iwi. At every bend, every corner, a taniwha, a rangatira, a chief.

Waikato mita (dialect) is different from others, particularly in its written form, as we use double vowels instead of the macron. Words such as "ngaa", "teenei", or even "aapoopoo" is just the norms. We have specific words that we use which other iwi don't such as "ruuruhi" and "koroheke" for kuia and koroua. We use "tuupuna" and "tupu" rather than "tiipuna/tipu". Some even use "ng" prefix for words such as "eenei/eeraa" which turn in to "ngeenei/ngeeraa".

There are many other factors that make Waikato dialect distinctly unique so if you want to learn more about it, head over to TRM and come for a koorero.

Some other kīwaha or sayings that are known in this area are:

The dialect of Ngāti Porou is one that is transmitted through the use of body language and often through the use of noises. With many Māori kīwaha kei roto i te ahua o te kawenga te whakamārama, so some kīwaha could be hyping someone up or or doing the opposite.

They say that if you really want to hear the language of Ngāti Porou, go to the marae kitchen, ki korā rongo ai i te reo o Ngāti Porou e kaha whakamahia. If you grew up on the coast and you can understand the language and the dialect in the kitchen, without a doubt you will be in fits from laughter. Koina pea te momo o te reo o Ngāti Porou. It is also important to note that the first English to Māori dictionary was written explicitly but not exclusively based on the Ngāti Porou dialect.

The most noticeable difference about the Ngāti Porou dialect is the phase “kei te aha?” Which means “how are you?” Most people outside of Ngāti Porou would translate this as “what are you doing?” Another aspect is we say “awau” instead of “ahau”, and similar to our cuzzies over in Tuhoe we prefer the use of the letter “a” in kupu like “tātau and mātau”, instead of “tātou and mātou”. Other kupu include:

wowa = out of proportion

mahia te mahi = do the work