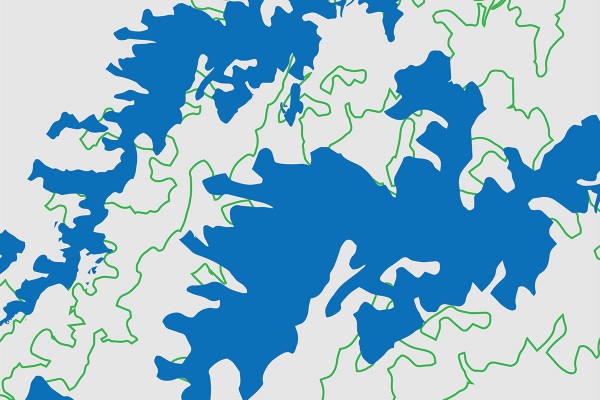 A Brief History of Ngāi Tahu: Things you should probably know about the land you’re on

If you’ve come to study at Otago University from up North, picked fruit in the sweltering heat of Central Otago, gone skiing on the slopes in Wānaka, or gone stargazing at Lake Tekapo, it’s important for you to know about Ngāi Tahu. Ngāi Tahu, also known as Kāi Tahu, is the iwi which makes up a majority of Te Waipounamu (the South Island).

Ngāi Tahu travelled to Aotearoa about 800 years ago, making this our home. Waitaha, one of the first tribal groups, travelled to Te Waipounamu from up north, settling in the Canterbury Plains. Ngāti Māmoe and the rest of Ngāi Tahu soon followed. Through the formation of alliances, warfare, and intermarriage, the three groups created Ngāi Tahu as we know it today. The Ngāi Tahu tribal area extends to the White Bluffs, just southeast of Blenhiem, all the way down to Stewart Island.

To Ngāi Tahu, Te Waipounamu is considered to be the waka that carried the four sons of Raki (sky father) to meet his second wife, Papatuanuku (earth mother). When the sons sought to return to the heavens, their karakia didn’t work. It turned over their waka, and the upturned waka became the South Island. The brothers then turned to stone, becoming the mountains which we now know as the Southern Alps. Ngāi Tahu translates to the people of Tahu, because every descendant of the iwi is connected to the eponymous ancestor, Tahu Potiki. Within Ngāi Tahu, there are five different hapu, or sub-tribes, which also all have their own unique sense of culture and traditions. They are Kāti Kurī, Ngāti Irakehu, Kāti Huirapa, Ngāi Tūāhuriri, and Ngāi Te Ruahikihiki.

Ngāi Tahu are known for their resilience and entrepreneurial spirit. Ngāi Tahu traditions are deeply linked to landscape and nature, and we have a strong focus on fostering our culture, livelihood and stories for future generations to come. Our overarching value, or whakatauki is “mō tātou, ā, mō kā uri, ā muri ake nei,” which translates to “for us, and our children after us.” From the time the iwi was established through to present day, Ngāi Tahu ensures that all future generations are able to have sustainable, flourishing futures and that justice should rightfully be served.

The entrepreneurial character of Ngāi Tahu translated into early economic development. Ngāi Tahu took up whaling, sealing, harvested the likes of potatoes and grains, and exported flax. By the 1830’s, business was booming, playing an integral role in the establishment of Te Waipounamu’s economy during the period of British settlement.

In 1840, Ngāi Tahu, along with other iwi all across Aotearoa signed Te Tiriti o Waitangi. This led to a series of abuses of power from the Crown, as they failed to uphold their end of the bargain. Upon signing with the Crown, Ngāi Tahu was promised the creation of reserves and infrastructure for the iwi, in exchange for the sale of some land. The promise was not upheld. Instead, Ngāi Tahu were driven away from our land, assets and our practices, leaving us a landless iwi at the hands of the Crown.

However, the people of  Ngāi Tahu pushed forward, and protested against the actions of the Crown over the next 150 years. We supported our people to become Members of Parliament to make changes directly within the institutions which took away what ours. We lobbied for commissions of inquiry, and pursued the justice we rightfully deserved.

Decades worth of protest, activism, failed laws, and the pursuit of justice eventually led to Ngāi Tahu filing a series of claims with the Waitangi Tribunal in 1986. The claim was presented in nine parts, and was named the “Nine Tall Trees of Ngāi Tahu”, eight representing the major areas of land, and one representing the food resources which were stripped away from the iwi by the Crown.

Finally, in 1991, the Waitangi Tribunal released a report on the claims. The claims found that the Crown had acted “unconscionably and in repeated breach of the Treaty of Waitangi” in its dealings with the iwi. The most notable findings were:

Negotiation of Treaty settlement began right after the Waitangi Tribunal released their inquiry. In the settlement, Ngāi Tahu received cultural redress and was able to begin expressing our traditions and relationship to the environment. The Crown also issued an apology, and there was acknowledgement of our Taonga, including the likes of Aoraki (also known as Mount Cook.) Ngāi Tahu also received a compensation of $170 million dollars, and the ability to purchase land from the Crown. This settlement, apology and cultural redress became part of Aotearoa’s legislation, creating the Ngāi Tahu Claims Settlement Act 1998.

The settlement and compensation which Ngāi Tahu received was put back into a wide range of iwi-focused investments, in order to ensure that Ngāi Tahu had the resources to reconnect with their whakapapa and culture, our environment was looked after, and prosperity was created for future generations. The current generation carries the responsibility of honouring the deeds of the past, and the values of our tīpuna, to continue creating a thriving future and ensuring the stories of the past continue to be told.

However, the Ngāi Tahu Claims Settlement did not end the injustice. We are still fighting today to have the Crown’s side of the bargain upheld, and for Te Tiriti to be honoured.

As recently as last year, Ngāi Tahu lodged another claim with the High Court, seeking to obtain rangatiratanga over our awa and moana due to decades of environmental degradation due to the abuse of fresh water and natural resources by regional councils and the demand for exports. Let me be clear that rangatiratanga is not ownership or control, instead it is the practice of exercising the rights, responsibilities and obligations we have to our natural environment. It serves us, so therefore we need to serve it. The claim is to ensure we can design a better, more effective system to care for our precious natural resources. Furthermore, much of our legislation continues to also belittle or undermine the values and entitlements Ngāi Tahu wishes to exercise when it comes to looking after our natural world. This includes legislation such as the Resource Management Act, a notoriously complex and ineffective set of laws which doesn’t properly implement the acknowledgement of Te Tiriti.

So, next time you are heading off on a ski weekend to Wānaka, driving up the coast to see the Moeraki boulders, watching the sunset at St Clair beach, or exploring the vast Central Otago mountain ranges, please take the time to acknowledge the land of Ngāi Tahu. Make sure you honour and protect the natural environment, get to know the stories and language of the land which we have worked so hard to preserve after generations of loss and hardship due to colonisation.

For us, and our children after us