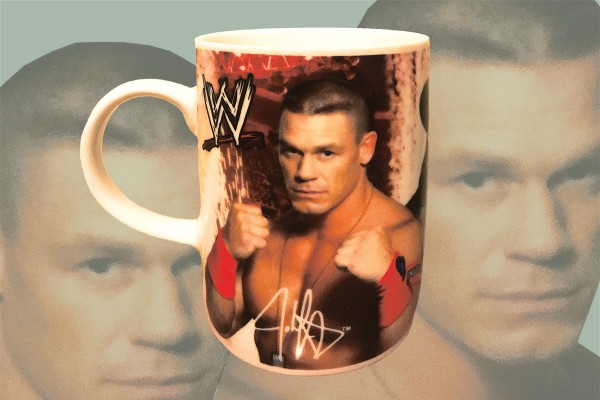 The Politics of Flat Mugs

Unless you’re a soulless robot, you have a favourite mug. So do all your flatmates, and they are different mugs. The politics of flat mugs are an underlying, unspoken rule amongst flatties in Dunedin. Conflict begins to brew when someone steals another person’s mug, or said cup is “borrowed” and left in a bedroom. With our snap lockdown leaving many people stuck in flats and unable to get home, the politics of the flat mug has been thrust into the spotlight.

In order to get to the bottom of this social phenomenon, and find out how lockdown has affected this widespread debate, Critic reached out to you, the people. We began this hard-hitting investigation in the most scientific way known, an open-ended social media poll.

Every single respondent claimed to have a favourite mug, and it sparked a long debate about what makes a good mug. The results highlighted volume, girth, surface area of exposed drink, aesthetics, sip-ability, and gulp-ability.

Oliva, one of the participants, reckons the best mug is “like goldilocks”. It can’t be too big nor too small, and it has to be comfortable to hold, not too slippery or too sharp. Handle size and shape are an important aspect as you want to feel comforted by your mug.

Does size actually matter? Respondents said that size does matter: a good mug will have enough volume to keep you satisfied, but the surface area of the drink can’t be too high or your cuppa is likely to cool off too quickly.

The design part is where things get a little more heated. Certain people prefer comforting, cozy designs with a minimal pattern or light tone to them. Others prefer their mugs to have character to them, with ironic slogans such as “It’s not a bald spot, it’s a solar panel for my sex machine” or my personal favourite which has “Top Daddy” on the handle. Mugs can hold sentimental value. One respondent’s favourite mug is from Jackson Hole Ski Field, and was given to him by his parents.

Another quality that affected my decision to adopt the Top Daddy mug is the sex appeal. Otago student Ben claimed that the sex appeal of a mug is extremely important as it evokes certain feelings. Ben went on to say the mug is a “minute mood shaper and is cumulatively significant for a thirsty boy like myself”. He reckons that even if you think sex appeal doesn’t matter in your mug choice, subconsciously it’s a factor. [Ed - my flatmate spent $60 on a handmade boob mug so this is accurate.]

What goes into your favourite mug? Is it a single-substance mug where only tea is allowed? Or are alcohol, tea, and coffee all consumed from the same vessel, maybe even at the same time? Critic’s highly reliable social media survey returned the idea that if alcohol was to enter their favourite mug it would have to hold the same essence, for example Irish coffee or an espresso martini.

Most people who have dedicated tea mugs refuse to taint their purity. One student claimed “you don’t defile something so beautiful with cheap piss”. Another student was under the opinion that alcohol in a mug gives off “housebound alcoholic energy and sometimes that is exactly what I am”. We might all be moving towards this point, so take a pro-tip: you can fake blow on your alcohol mug to pretend it’s hot coffee in your morning zoom lectures. Alternatively, mulled wine on a cold morning will force you to hold the mug like it is a hot tea.

Does your mug have to be your own mug though? A few people in the survey  claimed their favourite mug was not purchased by them because “everything tastes better when it is not yours”. However, most people said you can’t use another person’s favourite mug. It’s one of those unspoken rules, like don’t swipe through photos when handed a phone.

One student said nobody else can use their mug or violence will be brought upon them. Another participant claimed there is always the forbidden fruit element of using other people's things, like a toothbrush, but a mug is sacred. One dissenting opinion did claim that other people are able to use their mug because it proves how good the mug is.

There is one absolutely certain way of protecting your mug however — you can refuse to wash it. Ben is the sole drinker of his mug. He claims that his thirsty flatties are “lured in by its sex appeal but are effectively deterred by its unsanitary state”. The benefits of this method include saving time and gaining an intensified personal connection. The disadvantages include his recurring illness and the fact that his partner doesn’t kiss him anymore.