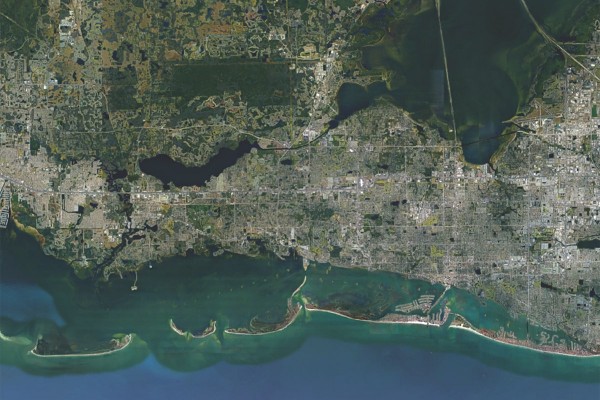 What’s the Deal With Dunedin, Florida?

Dunedin, but not as you know it

If you’re on Facebook or part of Dunedin News, chances are you’ve come across Dunedin, Florida. Every now and again on Dunedin News, boomers will post things like “I don’t know how I ended up in this group, I’m looking for Dunedin, Florida.” It is then accompanied by a thread of comments of boomers bonding over talking shit about America. It got me wondering, where the fuck is Dunedin, Florida? Where is it? How is there another Dunedin? I thought we were the only ones. Curiosity got the better of me, so I endeavored to research our American counterpart. Turns out, it sounds like just a really big retirement village where old people go to live out their glory days and drink. I can already see the similarities.

Dunedin, Florida is a city in the middle of fucking nowhere. Well, it’s in Florida, a huge state. With a population of just over thirty thousand people, it’s only marginally bigger than the student population of the University.

If you’re one of those students and have been living under a rock ever since you came to Otago, you might have missed the name Dunedin originates from Dùn Èideann, the Gaelic name for Edinburgh, the capital of Scotland. Some genius Scotsmen by the name of J.O. Douglas and James Somerville nipped over to the States in the late 1800s and had the brilliant idea of renaming the town of Jonesboro, Florida to Dunedin. Which was cheeky considering the cheese roll capital of the world was colonised some 50 years odd previous.

What’s even worse is our Floridian cousin has the balls to have some of the bougiest suburb names imaginable. Places like Beltrees Plaza, Fairway Estates, and Curlew Landings sound like they shot right out of a Sims game and landed in a development of McMansions. That’s surely more pretentious than suburbs like Māori Hill, Belleknowes and Waverley, right?

The most damning evidence to Dunedin, FL being an absolute shithole is the fact then when you open up Google Maps, one of the first locations that pops out is a fucking Herbalife distributor. Herbalife, if you don’t know, is one of the biggest pyramid schemes in the world, renowned for recruiting bored American housewives to rope their friends into the scheme over a midday glass of pinot.

However, when it comes to beaches and lakes, they’ve got us beat. First of all, they’ve got a lake called Lake Highlander sitting in the middle of the city (why didn’t we think of that?), and their entire coast is filled with gorgeous beaches that consistently get rated amongst the best in the world. Right alongside those beaches are numerous breweries serving craft beers. Just like us, Floridian-Dunedinites seem to love the piss. I suppose even the Americans have a need for decent-tasting booze once they get sick of guzzling Bud Light.

I had a look through a list of Dunedin, FL’s most famous people. I hadn’t heard of a single one. Like, I get that we live on the other side of the world, but surely we could have heard of someone. Instead, Dunedin is a baseball town through and through, with their most famous residents being random baseball players who are just good at hitting things.

The only name anybody might actually recognise is David Nutter, a director who oversaw some really good and some really shit episodes of Game of Thrones. I suppose he gets a pass, especially if you consider the fact he directed the first episodes of cult shows like Supernatural, Flash and The Mentalist.

As many Scottish heritage cities are wont to do, Dunedin, FL also plays host to regular Highland Games and has a pipe band. I suppose we can’t give points for originality there. However, they have tried (and succeeded) to one-up the Dunedin City Council in their ability to piss off everyone with stupid laws. In the past six years, they’ve collected just over five million NZD in fines just from grass being too long and parking fines. I suppose Lee Vandervis won’t be making a trip over any time soon.

However, if you ever feel like visiting our American counterpart because you want better sand and surf than St. Clair has it’s going to take a fucking long time. A trip to Denver, Colorado, via Auckland and Los Angeles, puts you a short skip away from Dunedin’s closest airport St. Pete-Clearwater International Airport. Or, if you jump on an Allegiant Air flight (think Jetstar, but even more low budget) to St. Pete’s via Cincinnati, Ohio.

Honestly, it’s not worth the effort. Critic suggests brining a Florida Man training programme to Castle Street so we can get more wild headlines without having to deal with American immigration.