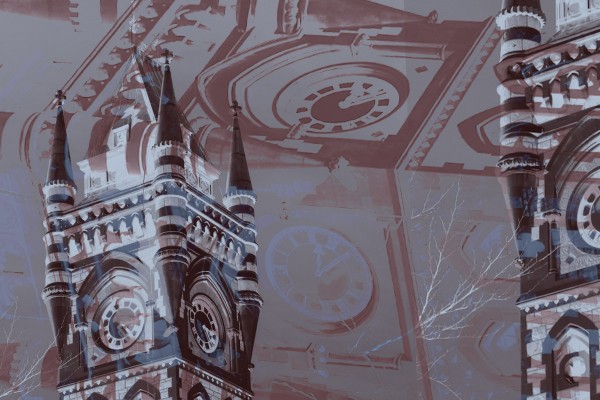 1.Bill and Bill are holograms

2.There is a specialist Ghostbusters division of Campus Watch, which is why there have been no ghosts on campus since 2007

3.Archway looks fucked because it’s a UFO that crashed into campus, and the government covered it up by inventing brutalist architecture

4.There was never a third floor to the science library

5.The University has teamed up with advertising companies so that we drink too much and fail more classes — so that we stay at Uni for longer

6.If you press the button on the drinking fountains to the beat of ‘Waisake Naholo’ three times, they dispense Speights

7.The Evision Lounge, like eVision, was actually named after David eVision, but an embarrassing typo meant they had to invent David Evision instead

9.The Link Poo Thrower is still out there

10.   If you carbonate the water in the Leith, it turns into Southern Gold

11.   No one has ever seen Dave Borrie and David Seymour in a room together. Draw your own conclusions, sheeple

12.   Every time you sit in the celebrity squares in Central Library, the university is monitoring you as part of an experiment

14.   If you flush all the toilets in the Richardson at the same time the elevator shaft collapses

15.   Leith Liquor is the only outlet keeping the local economy going

16.   The $4 lunch programme is a money-laundering operation for a heroin ring

17.   The 11th floor of the Richardson is a portal to another dimension, and you can access it through a secret elevator

19.   QAnon wants to take over the university by ensuring their member becomes the new Vice Chancellor

20.   The Uni is fronted as an academic institution but is actually a business