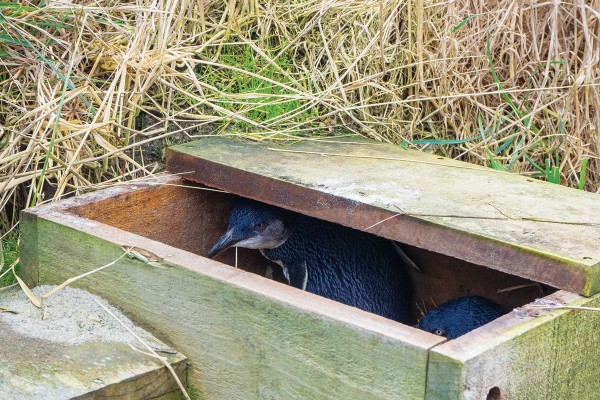 At a cave in Long Beach, a group of students are having a party. They sip on ciders around a campfire, laughing gleefully while the sunset dips over the horizon. Tongue Tied by Grouplove is inexplicably playing. A white man with dreadlocks is strumming the one song he knows on ukulele. I dunno, no one ever invited me.

The point is that students, and doof hippies, love having a boogie in caves at Long Beach. What they might not think about is that Long Beach is already home to kororā, or little blue penguins — and these parties are actively killing them.

Baby kororā nest in the back of deep caves. During the evenings, their parents waddle off to sea, hunting for scrumptious kaimoana that they will bring back to their chicks. When people are partying at Long Beach, though, the penguins won’t come to shore, and their chicks starve to death.

Jordana Whyte, manager of the Dunedin Wildlife Hospital Trust, notes that fewer penguins have been seen at Long Beach every year. “No one really has a good handle on their numbers, as they aren’t highly surveyed, but they are listed as declining,” she said.

Little blue penguins nest in the summer from December to late February, which is unfortunately “prime time for people who want to camp on the beach.” It’s not just limited to parties in the caves, either.

Jordana explained that the noise disturbance alone is enough to deter a penguin -- sometimes forever. “The chicks can die or be abandoned, or never come back to the nest if they don’t feel safe. It’s a cool spot and I understand why students would want to go there, but it’s not good. It’s really unnatural for [the penguins].”

“Coastlines are wild places. It’s up to everyone to share these spaces respectfully,” says DOC Coastal Otago operations manager Craig Wilson. “That means minimising disturbances to the many threatened and endangered species that live there, and kororā are a taonga species. Penguins are particularly sensitive to human disturbance, whether intentional or otherwise.”

In case you read this and think “Wow! I didn’t know this was a thing, but a party at Long Beach sure sounds cool!” Don’t you dare. There are other places you can go.

Jordana points out that there are plenty of “pretty chill” freedom camp alternatives around Mornington and Ocean View, complete with toilets and zero penguins to bother. No more shitting in bushes and being personally responsible for killing our wildlife. Make your beautiful rose-tinted uni memories elsewhere. And for god’s sake, somebody send me an invite when you do.