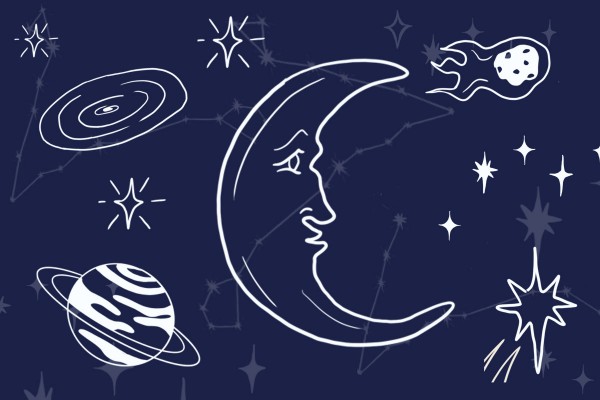 Why the Pisces Moon Might Be Fucking With You

These past few weeks we have been experiencing a Pisces moon. For those unfamiliar with astrology, Pisces (Feb 19 – March 20) is a sign commonly associated with empathy, impressionability, white wine, creativity, and emotional fragility. Basically, they’re weak ass bitches.

We knew that already, so what does this have to do with the moon? Where the moon is in accordance to the earth and stars determine which zodiac sign it falls under, and during that period that sign is dominant. So when a water sign, like Pisces, is dominant, there may be a lot more emotional volatility.

For other water signs (Scorpio, Pisces, Cancer), it’s great! Everyone is on a closer wavelength to them, and getting more in touch with they’re feely-side. For literally all the other signs, it can be a wee bit touch and go. You might notice avoidance, frustration, and egomania-driven Ubereats purchases. We all deal with shit in our own ways.

The moon is a funky wee rock, and we don’t give her quite enough credit. Think about it this way, the moon (along with the sun) controls the tides, we all know that. The ocean is made of water filled with bits. Humans (more or less) are also just water and bits. So it makes sense that the moon would have some degree of influence. If the ocean is that big, and the moon can impact it as much as it does, how could we not be impacted by the moon?

Now if we take that into consideration, weird full moon things make sense, but it also gives us an interesting framework to work within. And more importantly, a fool-proof blame system for absolutely everything. Does it have any grounds in true reality, or science? Maybe not, but then, neither does the stock market. I’d much rather spend my time thinking about how pretty the moon is than about the NASDAQ.

Personally, my earth-sign ass is not okay with the amount of sappy shit that’s been floating around these past two-ish weeks while the moon wanes (moon getting smaller, more energy going in). Lots of deep emotional work and personal growth blah blah blah. Is it a perfect time to slow down and introspect? Absolutely.

If you’ve been suffering some emotional blockages or have been feeling particularly testy these past few weeks (I’m looking at you Aquarius, Taurus, and Geminis), take some time to go for a walk or take a minorly-mind-altering substance. The moon is not only very very pretty, she is also a pretty cool source of information about the world around us and how things can be a little more wide-scope than they may seem.