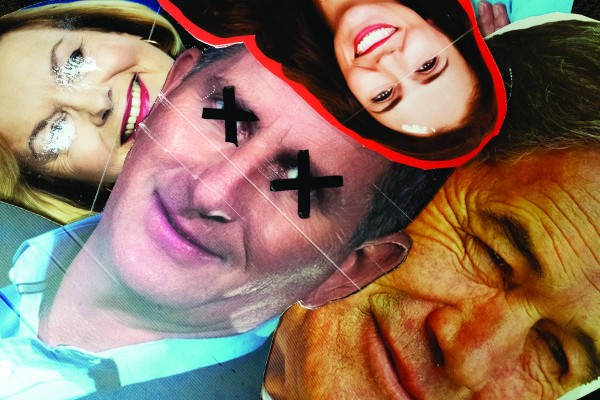 It’s the most wonderful, most polarizing time of 2020. Election season. Every three years, election hoardings from different political parties pop up around Dunedin, displaying the politicians vying for your vote (which you should definitely cast). But North Dunedin is probably not the best place to put up a hoarding, as they become subjected to the same abuse, graffiti, and theft as any other innocent item which exists within this suburb. We got students to send in their steals, and the stories behind them.

The first anonymous thief went hard and early, stealing Prime Minister Jacinda Ardern herself. According to the thief, the story is blurry and recollection is scarce. “All I know is that I blacked out one night and apparently me and the boys went on an adventure to retrieve a big Cindy sign.” The thief took more than just the hoarding as memorabilia, but also a piece of fence. The thief also says the theft prompted more than just a drunken memory, it also “sparked a few debates among our peers about policies and such, and also the ethics of property damage and petty theft”.

Another hoarder took a piece home after a cold and chilly night in Wanaka. The horder recalls that he and the boys had just finished up a testosterone filled night at the pub, spinning yarns with the one and only Steve Hansen (the famous rugby coach, for those who aren't familiar with our sporting icons). It was on the walk home that the group felt the need to collect some memorabilia to preserve their memories of the evening, “something to put on the mantelpiece and pass down to the grandchildren” as they described. That’s when they saw it, a stand alone Seymour.  “We saw a man alone and the boys have always gotta have each other’s backs, you know. We saved him - board and all - from his confinement and brought him back as a member of the flat.” Apparently Seymour has fit in quite well, and even become one of the bois. “He always looks over us on a night home and is never afraid to congratulate us on a night well done or reproach us after watching who leaves our flat on a Sunday morning. He was even a part of some red cards. If he paid rent he’d be as fully fledged a member of the flat as any of us.” The group says that rescuing David is the best thing they’ve ever done as a flat, however, they “probs still won’t vote ACT,” a controversial move indeed.

The next, and perhaps most noble thief of all, stole and defaced Leighton Baker, the leader of the New Conservatives. “I’m in a hall, so I had to smuggle it in,” says the thief. “In terms of how I found him, I made my friend pull over on the side of the Northern Motorway and I snagged him. We came back to the hall late at night, I was like ‘oh fuck our security guard is gonna snap at me’ but he actually didn’t give a fuck.” The thief was also kind enough to accommodate Baker further, by getting him some friends. They have collected three of him in total because he’s “the only one I hate enough that I think he doesn’t deserve signs so I can actually be fucked cutting them down”.

Another hoarder managed to steal a Green Party hoarding from the Knox Church event when Chlöe Swarbrick was down last week. “It was a warm saturday evening, and the rark had just hit me,” says the hoarder. “I was right outside Knox Church, scouting the building trying to find a way in and saw an open door to come to the building. I accidentally walked in on an AA meeting but realised how fucked I was so didn’t wanna make a fool out of myself,” she said, as if she already hadn’t made a dick of herself. “As I was leaving the building I saw a big poster of Jack Brazil and thought, ‘that’ll do,’ but a local candidate wasn’t quite enough for this pest, she glanced over and “right beside it was the one. The poster of our queen Marama Davidson and Sir James Shaw”. The hoarder did what was only deemed right, and yanked it away, hoisting it into her flatmates vehicle before making a quick get away. “I took it by all four sides and walked away, taking it home and pinning it up on my wall alongside the Covid signs I had stolen from St Dave’s after lockdown. Then, I called it a night.”

The final hoarder stole Dunedin’s very own Liam Kernaghan. It all began when the thief and his mates went on a fishing trip to the Taieri. “We saw so many billboards on the way and I lowkey wanted a head but didn’t think anything about it.” The thought left his mind as he was fishing with the boys. After not catching anything due to being “shit at fishing” they began to make their way home. They ended up taking a different route and went past a bunch of National signs with the faces cut out. The thief became tempted to get one for himself. After seeing a sad cut out Kernaghan laying in the grass, he decided to pick it up and take it home for himself. “We now have a shrine for beautiful Liam in the flat,” he said. “I accidentally scrubbed some of his face off while trying to get what I think could have been piss of his face.”