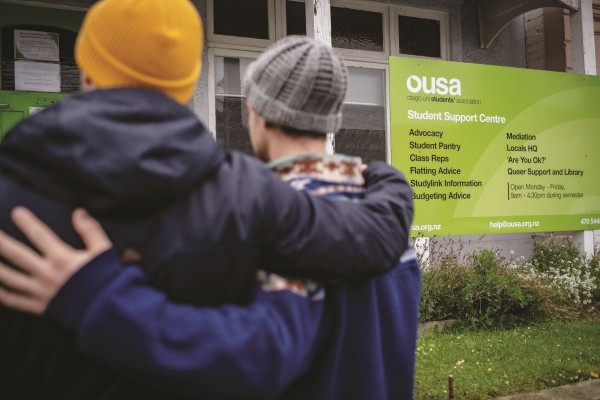 ‘Better Than a Funeral’: Balancing Being a Good Flatmate and Looking After Yourself

Moving into a hall or your first flat is insanely cool, especially moving in with friends who you know will make your year an absolute liability, but an amazing experience. Binge drinking on a Tuesday night with morning classes the next day and maccas runs at 3 am because who’s gonna tell you not to? All the fun and few of the consequences, until an ambulance pulls up in front of your house unannounced and you have to put all the knives in the house in high places and drinking becomes a Russian roulette instead of a weekend out.

Mental health in a flatting situation will be present for everyone at some stage. People get sad, stressed, overwhelmed, and that’s natural, but when does it start to become something more extreme? Having a friend going through something intense can be draining, balancing wanting to be there for them, but also have to respect your own emotional boundaries. That feeling of obligation and concern only escalates when sharing a living situation.

I spoke to Shelly*, who’s currently struggling with a tense living situation, “It’s the unpredictability that really throws me,” she said, “I never know if it’s going to be a happy, relaxed day in the flat, or if I’m going to come home to doors slamming and glares over the fridge door”. Not having a safe space to come home to can be really taxing, and when the sense of comfort in a house is out the window, it’s easy for an environment to go from a little uncomfortable to an anxiety-plagued chaos home.

Shelly also spoke about her guilt with speaking out about the situation, “I felt like we [my other flatmates] should have called someone after a night out where they self-harmed, but we felt like our flatmate would be furious with us, and might even make everything worse. Things seem to be better now, but I’m not sure how long that’ll last.”

Jocelyn* had a different situation while living in a flat with individual leases on the bedroom, a slightly different environment to moving in with friends. She was an international student, who she’d never met before, and at the beginning, things seemed fine, “She kept to herself and stayed in her room, I don’t think I can remember a time I ran into her in the kitchen. But since we didn’t sign up to a typical flatting situation, I figured she just kept to herself”.

After two weeks of almost no activity, and as they later found out, no classes, Campus Watch arrived at their flat to do a wellness check. “I felt awful for not having knocked on her door or checked in on her, but before I knew that things were bad, I thought that it would be intrusive of me to assume something was wrong. We’re adults after all.”

After the wellness check, the tone of the flat changed from coexisting and a blissful unawareness to walking on eggshells. “I began to feel uneasy about being around her bedroom. It was right beside the kitchen, so I’d frequently pause and listen to hear if she was rummaging around or something, like a sign of life.” Not long after, she left Otago and returned to her home country, and there was never a cause to call a professional service again after that, but the unease didn’t disappear so quickly, “there was still that lingering apprehension - was it patronising of me to assume she couldn’t look after herself?”.

How do you regulate the boundaries between being a good friend and flatmate and taking on the role of a professional? I spoke to Sage Burke, the Student Support manager, a little about how to find those boundaries, and even more important, how to maintain them. “I think from the perspective of a flatmate, your responsibility is to be a caring friend. Think about what kinds of things would a good friend do.” Things like listening to them, helping book appointments, making your space a little more peaceful during rough patches are always helpful and can contribute to a safer space for everyone.

However, it is also important to know when things are moving beyond just the responsibility of a caring friend. Sage said, “If you’re in a situation where you’re really thinking that someone could be at risk and you’re wondering, ‘should I call someone?’ The answer is always yes.” He assured me that Campus Watch, the Police, Student Support, or any of the main response groups would always prefer to find they’re not needed than to not to be called. “We say all the time, Campus Watch would much rather visit a flat and find out that everything can be made okay right now, or maybe a cup of tea and some biscuits are all that’s needed than to not be called and the situation be much more extreme.”

Even though it seems intuitive to call if something seems wrong, there can be a lot of discomfort in addressing such a personal situation. As Shelly mentioned, there can be a lot of shame or fear around calling a professional and concern about the repercussions from the flatmate about betraying their trust. Someone in a volatile position doesn’t always want help, however, if that resistance is causing issues within a flat, there’s a line.

Sage’s advice on this matter was “It feels really awkward, as a flatmate or a friend, and the way I look at it is, I would rather my friend be really pissed at me than be going to their funeral.” As brutal as that may sound, it’s a serious consideration that has to be made when things feel out of hand. Sage continued, “that’s the message I want to get out there, your job is to be a caring friend, not a professional, and if it gets to the point where you are really worried, don’t be worried about annoying them or overstepping the mark, call someone who can do something.”

Being a support person, it’s not only your responsibility to be a caring friend to your flatmate at risk but also to yourself. Being in stressful situations for a long time can take a serious toll on your own energy and mental health. Even mental health professionals need support, often having meetings with supervisors. In living situations, regardless of your profession, you are not at work, psychiatrists, EMTs, police officers, are not expected to do their job in their off-hours, and a flatmate certainly shouldn’t be holding that expectation. Sage explained, “A really big part of our job is supporting the supporters. As a caring friend, support person, access support for yourself as well.”

Having that supporting role is a difficult task at times, but knowing your resources and being aware of your own health can help to lift some of that pressure. Sage summed this up, “As a human being, and a member of our community, it’s helpful to know what’s available, the university resources, Youthline, there’s a really big list. As a general community member, in any situation, it’s good to be aware of what’s available if you or someone else ever needs it.”