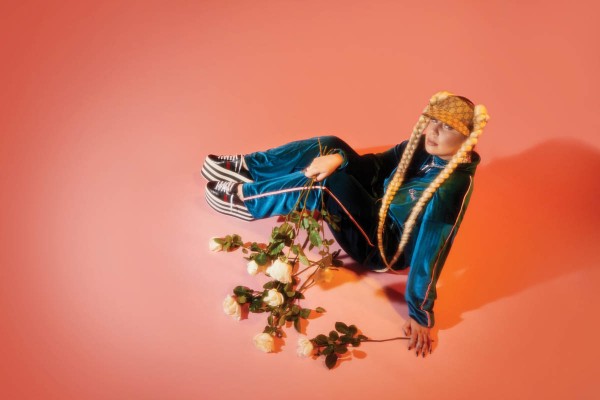 Christchurch-born artist Theia (or Em-Haley Walker when she’s not on stage) has shaken up Kiwi pop as we know it with her own unapologetic spin to the genre. Nestled in her certified bangers is a softer, more personal touch, soon to have a space of its very own. Between stacking up songwriting awards with her alt-pop “bad bitch music” and writing an original Christmas song, Te Kaiwhakaora O Te Ao, in te reo, Theia is not here to fuck around.

With an impressive resumé, an ever-growing list of awards and nominations, there is no wonder she has been described by Billboard as “one of the most exciting pop voices to emerge from New Zealand in the past five years”. Despite this high praise, Theia is incredibly grounded in herself, and among her wide range of sounds there is an undeniable surety.

Her latest project, TE KAAHU - a collection of songs written in te reo - speaks to her versatility as a songwriter and skill as a linguist. Critic was fortunate enough to be able to speak with Theia before she performed for OUSA’s Diversity Week about the use of te reo Māori and tikanga in her music.

Theia didn’t just become a musician for herself. She was looking to create a space for te reo music to exist in its own right. “The whole essence of this project and this kaupapa for me in TE KAAHU is to have a place for these songs that I’ve written in te reo. Incorporating these traditional ways of writing, using metaphors and whakatauki [proverbs] and pepeha [tribal sayings], brings this old school wisdom into the modern world, and I think that’s really important for language and cultural revitalization.”

From her degree in te reo and indigenous studies, active involvement in kapa haka and attending a kura reo (intensive language school), her multilingual eloquence creates a beautiful range between her English and te reo songs, both sharing the consideration for language and the meaning behind it. However, there are some elements of te reo that can’t quite be translated into English, although she does try. For example, in her latest release, E Taku Huia Kaimanawa, as a part of TE KAAHU, there’s a line “Whakairotia ahau ki tō aroha,” which translates to “I’ve been ornamented by your love”. It’s technically a correct translation, but it doesn’t quite capture the essence. “It’s not the same, whakairotia means ‘to carve, or engrave, or adorn,’ but the context doesn’t quite fit. It’s just different, and it’s very beautiful. There are two completely different skills sets between the languages.”

Although a major departure from her experimental electro-pop music released under Theia, her upcoming project is no less “herself”. “I felt like it was right for both to have their own space. It’s still me.”

With an impressive songwriting history under her belt, writing for well-known names such as Guy Sebastian, James Newman (a writer for Ed Sheeran, Rudimental), and MoZella (a writer for Miley Cyrus and Kelly Clarkson), Theia has a slightly different approach to songwriting when writing in te reo and English. “When you write in te reo, you also think in te reo. You think in metaphors… it’s very poetic and romantic in the way things are written.”

It runs in the family. Her grandmother is also an acclaimed songwriter of the waiata “Kiwi-Weta”. It was no surprise to learn that Theia has been actively writing and speaking te reo from a young age.

As someone who’s been deeply embedded in her whakapapa from a young age, Theia’s familiarity with her language and tikanga is a resounding element of her music. Her connection to cultural identity isn’t something felt by everyone, and she shared with me some advice for young Māori people looking to explore that part of their identity as they move into adulthood. “I understand,” she said, “just because of colonisation and urbanisation that not everyone has access to their whakapapa, and that can be a lifelong journey. If you just do the mahi, the work, in whatever way you can, whether it’s reclaiming and relearning your reo, or getting involved in kapa haka. There are all these things you can do to reclaim your identit. Pursue it with all your heart and you’ll get there, it’s just step-by-step.”

With an ongoing te reo project in the works and no signs of slowing down, Theia has made herself an undeniable figure in New Zealand music. Te Whea Kaimanua will be released on September 14th, the beginning of a new era for her, growing her contribution to the introduction of te reo into the mainstream. Unapologetic and frankly, the bad bitch we all need in 2020, Theia is doing the most, and the music industry is better for it.