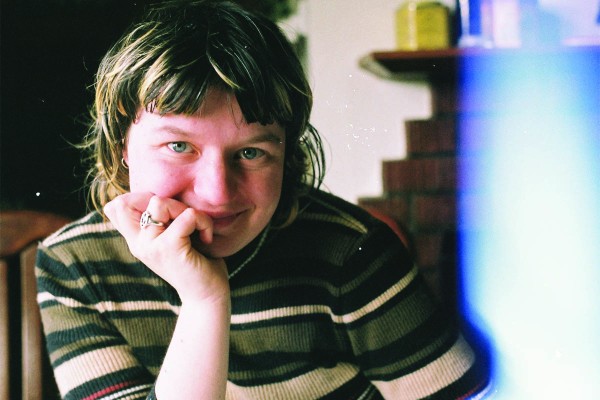 Radio One’s soundwave angel Adelaide Cara is bringing a darker sound to the Dunedin music scene. As a local producer and the vocalist of Milpool, she is a force to be reckoned with. She plans on leaving a supernatural mark on music – her instrumentals can only be described as extraterrestrial.

Her upcoming album, This Is How It Sounds, was a part of her Honours project and born in the final studio sessions in the music building on Albany Street. She recorded it over a series of sessions with a selection of local friends and musicians, such as members of Koizilla and Milpool. As a classically trained vocalist and an experienced music composer, Adelaide has used everything in her skillset to craft the perfect album.

Adelaide describes her debut, “Paranoia!” as a “bombastic psychological romp,” and I truly couldn’t have put it better myself. With layers of synth and intricate harmonies spilling over one another, the composition of the song is masterful, and Adelaide’s production experience shows throughout the track. Her lyrics match the tone of the song, psychological and visceral, examining the feeling of paranoia, “sensations overtaking, like a storm in my mind”. Layered piano, guitar, and steady drums through the controlled chaos give the wafting vocals a backbone; this backbone gives Adelaide the freedom to explore a sensitive and vulnerable theme with a powerful, resounding sound behind it.

Paranoia! is a song celebrating sensitivity, and acknowledging anxiety and vulnerability— an important topic to Adelaide. “I think we’ve all been in a position, especially those of us with anxiety, where we might wake up one day, and think everything, everyone, anything that happens, is because we deserve it.”

“I’m a very sensitive person, and I feel like sensitivity is something that should be explored more and celebrated.”

Anxiety and discomfort is a pretty personal subject matter for a debut. I asked Adelaide about what makes her feel paranoid. “I mean, Covid-19. General world stuff… I really wanted to take all of my anxieties and lay them out on a table in one big song and just say, ‘here they are’.”

Adelaide’s love for music is matched only by her work for Radio One as their production manager. After producing for so many other musicians, she describes producing her own music as “really hard, but really hard all at once”. Writing her own music has given her an opportunity to explore herself, as well as embrace her composition style. “Ever since I was a child, even before I knew what production was, I was writing music and hearing reverse reverb, feedback, I just didn’t know what it was called at the time. I was visualizing it, hearing it in my head.” The understanding and personal touch to the production of her music adds an extra dimension to her music. “Songs aren’t just chords, lyrics, and melodies, it’s the whole thing, it’s every single effect. It changes it, it tells a story.”

As a huge fan of easter eggs, it’s no surprise that Adelaide has slipped them into almost every song on the yet unreleased album, dropping later this year. With the rest of her album waiting in the wings, Adelaide has made a firm step into the spotlight with her debut. With the penetrating vulnerability and masterful composition, Adelaide is an powerful presence, and will hopefully be gracing the airwaves with new music soon.