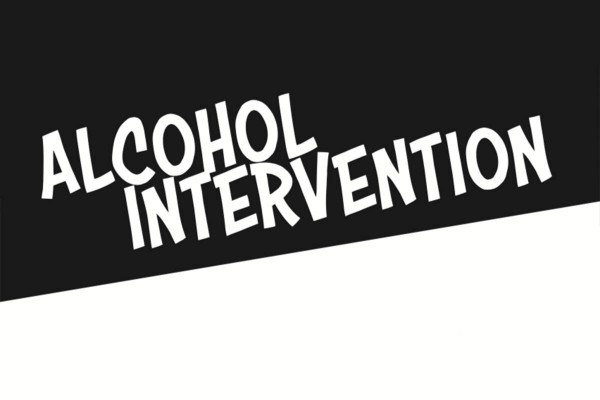 On recognising when to ask for help

These words come from Tom, who decided to go sober after realising that drinking was seriously impacting his life in a negative way. It’s not an uncommon story. Often, drinking can come with serious social and personal impacts that are hard to deal with in the face of drinking culture in New Zealand. At university, drinking is intertwined with student culture, and it can be hard to recognise unhealthy drinking habits, let alone begin seeking help for them.

For the purposes of this article, alcohol intervention is any action that an individual takes that interferes with their normal drinking patterns. For Tom, it was a self directed exercise, where he set himself small and then increasingly larger sobriety goals after he realised “I couldn’t remember a stretch where I’d gone without alcohol for more than one day for about eight years”. Joseph* sought help from his church, where a local minister directed him to a support group where they spoke about their experiences with alcohol. Another student, Caitlin, sought help from Student Health after “a string of alcohol related incidents in which I’d put myself in a lot of danger”.

Caitlin added that often, admitting there is a problem is the hardest step. For a long time, her drinking didn’t seem “big” or serious enough to warrant help, so she didn’t prioritise seeking it: “I didn’t know where to start, or who to turn to … it was really daunting, [as it’s] a big thing to have to admit that you have an unhealthy relationship with alcohol.”

She said she had known “for a while” that her drinking was problematic, but it wasn’t until she woke up drunk in the middle of a weekday - missing both a lab and an appointment - that she decided she needed to start talking about her drinking problem: “That was when it really hit home that [drinking] was starting to destroy my life.”

Everyone we interviewed approached alcohol intervention in a different way. Tom gave himself a full 90 days off his commitments “just to see if I could do it”; he used this strategy because he knew he had an “addictive personality and I was a high functioning alcoholic” so he had kept putting it off. After 90 days, however, he resumed his normal drinking pattern, and was “gutted” at his “rinse and repeat,” so he decided to take a year off. Tom thought “maybe if I can do that then I can do the rest of it, sober.” He said that goal setting really helped him - goals were tangible, achievable, and suited him better than “a whole lifestyle change”.

Joseph’s experience with alcohol intervention was “chill,” but also “a bit of a weird experience, [because] there were a lot of people [at the church support group] who were obviously a lot sadder than I was.” However, Joseph said that the experience made him realise that deciding to be sober earlier in life would make sobriety easier going forward.

Although Caitlin has not gone fully sober, seeking counselling was a “very positive” experience. She said that the counselling helped her to deal with the root causes of her drinking, and also helped her set guidelines in alcohol-present environments, enabling her to moderate herself without cutting out drinking entirely. Her relationship with alcohol is now “a lot healthier. I don’t use it as an outlet or escape anymore. While I slip up sometimes … when I have gone out to parties or gone out drinking I don’t drink as much, I pace myself a lot more and I wake up the next morning with a better sense of where I was [and] what I was doing.”

“I don’t feel as guilty, or shameful, and I don’t have to piece together what happened.”

For Tom, being sober has allowed him to be “a far better person” than he used to be. Sobriety has given him a “razor sharp clarity” about the problems in his life, because he was no longer able to “just dull them down” through alcohol. “Once you have to reckon with those negative thoughts sober, they are much easier to process and easier to get through.”

Similarly, Joseph said that his drinking was covering up an underlying mental health issue, and that going sober was “part of a holistic decision for my mental health”.

He recommends that anyone struggling with alcohol finds a “holistic” way to deal with your addiction. Joseph believes that abusing alcohol is “probably a sign of something deeper”. “There are people around to help you. [If] you stop drinking it’s not a big deal, no one is going to care if you say you don’t want a beer at a party.”

Caitlin said that seeking help sooner rather than later is best, and to “try not to put it off”. “Easier said than done, of course, but try not to let it get to a point where it has a seriously negative impact on your life, [as] it’s a lot harder to deal with. But if that does happen then that’s ok too, it’s still a good point [in your life] to examine those issues.”

“It can be useful to examine why you are drinking. Addressing underlying issues like mental health can go a long way to mitigate unhealthy drinking habits.”

“You should feel empowered to question this drug that is advertised and sold to you,” said Tom. “I would encourage people to talk to their close friends about it. For a lot of young Kiwi men it can be seen as a weakness, [but] it’s not a character flaw to be impacted by alcohol. Normalise those conversations, because you probably aren’t the only one [struggling].”

“People should feel free to ease up on their drinking or give sobriety a try. It impacts your mental and physical health a lot.”

If you would like to seek guidance or help regarding drinking, you can reach out to Student Health, OUSA Student Support or call the Alcohol Drug Helpline at 0800 787 797.