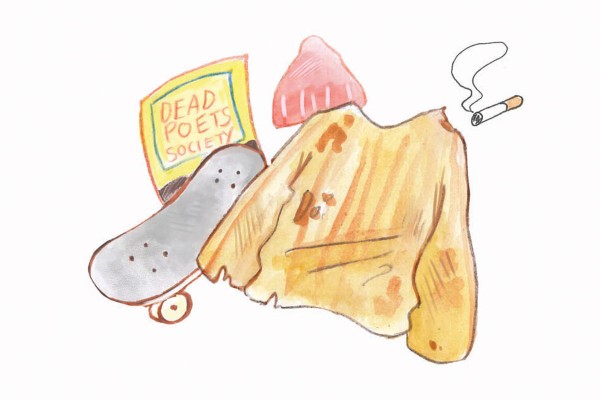 These boys are omnipresent in your Politics, English, or Anthropology lectures. They think the bags under their eyes from staying up til 4am looking at Reddit threads makes the interesting and different, but it actually just makes them look tired. They WILL ask if you’ve heard of The Cure and will NOT give a shit whether you actually have or not.

4/10 fuckworthy - will not be good, but there will be good music playing and he will tell you how you’re “different” so if you’re fuelled by validation rather than sexual fulfilment, he’s the one.

Musician or slam poet (roll the dice on this one). Cares way too much about whatever flat drama is going on with you. Doesn’t do MDMA because he thinks it “destroys creativity”, but is constantly high. Not afraid to tell you all about himself, including a deep dive into his relationship with his father and how it’s defined him as a man.

6/10 fuckworthy - good with fingers (string instruments and piano only) and you may get a song out of it.

The Breather camouflaged in a sweater

This guy is just a douche, no question, no silver lining. BUT, because he’s wearing a (either cream-coloured or dark green) sweater, he somehow morphs into something worth being interested in. Despite the scuffed vans, dark hair, and broody eyes that would insinuate a Heathcliff, this man is but another Linton. Weak-willed and a slave to the sesh, you’ll be thoroughly disappointed once he reveals himself as a true breather.

3/10 fuckworthy - will get diesel dick and just be a general let down.

A classic skater boy with a heavily distressed sweater covered in either skate casualties or ciggie burns (you don’t know and he won’t tell you). This man is truly dedicated to the sweater lifestyle, has seen The Dead Poets Society at least three times and cares more about his SoundCloud more than he will ever care about you. They also always wear a condom beanie but never know how to put on a condom.

2/10 fuckworthy - on average, is usually a one pump chump. Make sure you watch him skate, though. Depending on his commitment to the craft and stamina, he might actually be a 10/10.

Nice Boi In a Sweater

Heart is as soft as his sweater. Always helping out in group projects and will take you to cool cafes you’ve never heard of before. Listened to Sweater Weather by the Neighbourhood once in high school and dedicated his life to being that boi. Unfortunately, he is an absolute simp and will drive you crazy within a week. There are only so many times someone can ask you, “how is your soul” before you’re ready to commit homicide.

6/10 fuckworthy - the sex is 8/10 good but it doesn’t outweigh the guilt that follows the fallout.

A cryptid, only existing in rumours on Otago Meaningful Confessions, this boy is powerful because he doesn’t know he’s a sweater boy. Cares about your feelings and happy to talk about his. He doesn’t think that kitchen jokes are funny and is always polite to servers on a date night. If you find one of these, it is imperative that you don’t tell him his power, or he will quickly morph into the Nice Boi or the Turtleneck. Appreciate your boy, and take advantage of the loving, but not-so-vanilla sex.

9/10 fuckworthy - a delicate balance of spontaneity and Sunday morning sex.