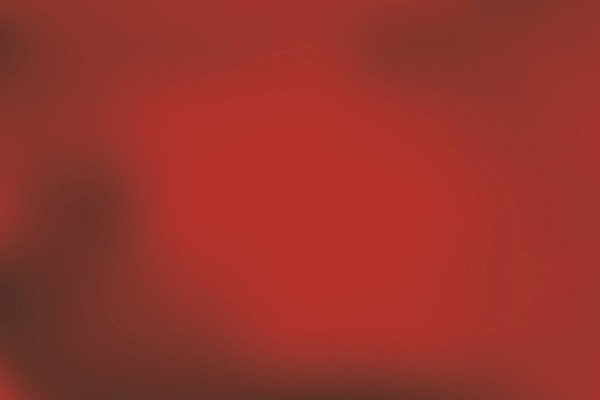 As soon as I get my period, I feel like I turn back into myself again

Premenstrual Dysphoric Disorder, more commonly known as PMDD, is a disorder that affects 1 in 20 people with uteruses but is relatively unknown. The symptoms of PMDD are extensive and can cause serious disruptions in day to day life, that often require medication.

What is PMDD? Well, most people are familiar with PMS, the mood swings, bloating and other uncomfortable symptoms that appear right before your period starts. PMDD is PMS on steroids. Alongside severe psychological effects, including increased depression, anxiety, paranoia, and suicidal ideation, there are also physiological impacts, severe fatigue, heart palpitations, gastrointestinal issues and sleeplessness, to name a few.

PMDD has a serious impact on day to day life, and unlike PMS which generally lasts a few days, PMDD can start weeks prior to the beginning of menstruation. It is often treated with birth control or SSRI’s (Selective Serotonin Reuptake Inhibitor, a common type of antidepressant), both of which aren’t always successful.

Like many mood-influencing disorders, it’s easy to read a list of symptoms and think about how awful it may be, but that can never quite cover what it’s actually like to live with it. I spoke to a few women with PMDD to hear in their words what it’s like, how they’ve learned to cope, and what they would say to anyone who’s been in their position, trying to understand what’s happening and how to help.

Kathy is one of the many people with PMDD for whom hormone-based medications don’t work. “I was prescribed a low dose contraceptive pill. I was nervous because in the past the pill has affected my emotions in a really unmanageable way.” Although the pill is a great contraceptive for many people, there are many who have severe side effects and it simply isn’t an option. After trying it for a month, Kathy stopped and has since been unmedicated, which comes with its own issues.

“Most months, about a week before my period, I have a sudden downswing in my mood.” Kathy struggles with suicidal ideation, concentration and sleep issues, severe fatigue, and anxiety and mood swings, all common PMDD side effects. “Honestly, it’s terrible, then I get my period and it all disappears instantly. As soon as I get my period I feel like I turn back into myself again.”

Dawn* was diagnosed with PMDD in 2013, and tried a variety of treatments to try to manage her symptoms, the first of which being Sertraline, an SSRI, and one of the first-line treatments for the disorder. After filtering through a range of similar drug treatments, Dawn got the Mirena, an IUD and common contraceptive method.

“In the past, before I was diagnosed, [PMDD] had a huge impact on my life. Even though it’s well managed now, I do get breakthrough episodes maybe once every six months, which lines up with my period.” Dawn sincerely recommends seeing a doctor who specializes in PMDD management, “don’t be afraid of taking medication to manage it. Let close friends and family know when you are having an episode.”

“I had been struggling with severe depression and suicidal ideation since I was 14 and now I’m 30. I even started to measure my calendar year as 12 horrible periods, instead of 365 potentially amazing days.” She had been medicated for depression since she was 19, “I’m still in disbelief that my periods really have that much power over my day to day living... I feel so much better having the correct diagnosis.”

Toni has been on the depo injection for the past four months since receiving her diagnosis, another contraceptive method and treatment for PMDD. When I asked her if she had any advice to give people who think they may have PMDD, she said, “please please please talk to another woman who has any form of period struggles. It is more common than you know and often goes undiagnosed and untreated. You are not alone.”

Maddy* is one of the many people who was diagnosed with depression, and stopped looking for further treatment, thinking depression made sense as the cause of her struggles. “It wasn’t until I started going to therapy regularly at 25 that I really noticed a pattern in my mood… I got intimate with listening to my body, which I was not very good at for other depression-related reasons. Eventually, I diagnosed myself (with reassurances from the therapist that my experiences were real).”

PMDD and depression, like BPD and Bipolar Disorder, are easily misdiagnosed. “Just before my period, for a week, I would become severely depressed. I couldn’t be bothered existing… Hating myself for being fine one week and a wreck the next.” The sporadic and inconstant nature of PMDD makes it difficult to clearly associate if you can’t connect it to your period because most mood disorder diagnoses require long term consistency, which PMDD doesn’t always have.

The inconsistency also makes it easy to invalidate any real struggle being faced and try to pass it off as less of an issue. “It made me feel like I was imagining it, or that it was ‘all in my head’ as people like to say with mental illness. When I was fine, I couldn’t fathom the shitty feelings and I’d just brush them off as a blip every month.”

When I asked Maddy* what she would say to someone who was experiencing PMDD symptoms, she said, “It sometimes feels fake, but PMDD is very real, if you hate yourself enough in the dark times it’s easy enough to see it as a personal flaw and not a disorder… I love therapy, and it has helped me so much, but if it’s not accessible to you, start a journal. Track your cycle, write down all your dumb feelings and take it with you if you want to talk to a doctor about trying some medication. And you gotta take it seriously, it’s easy to forget when you feel fine. I want things to get better for you and I think they can. Talk to people who have it! Validate your experience!”