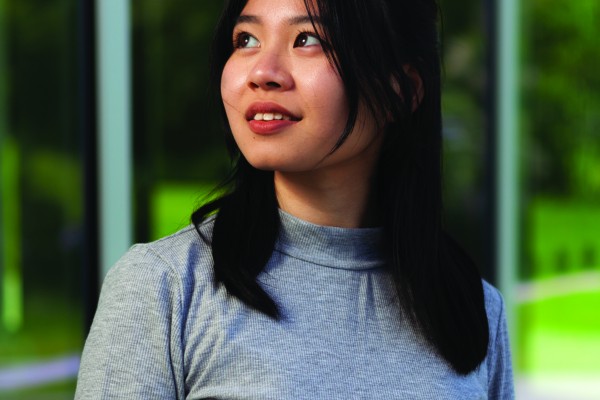 If you’ve ever had to post on Otago Flatting Goods, you are submitting to the mortifying ordeal of being known. To watch yourself or a loved one make a post begging to buy or borrow an item is a shameful endeavour, posting to 40,000+ people is not an experience that comes lightly. Like most things in life, you just wish there was an app for it. That’s where Magdeline Huang comes in.

Magdeline is a third year student at Otago studying Computer Science and Entrepreneurship, and is the national winner of New Zealand's first ever Red Bull Basement University competition. The words ‘Red Bull’ and ‘basement’ together in a sentence personally make me think of a couple of traumatic high school parties, but for Magdeline the competition has enabled her to enter a six-week development phase full of mentors, funding and workshops to work on her app, Temp. Temp, shockingly short for Temporary, will be a platform where students can list and hire items from each other, such as sports equipment, cute clothes and whatever else you beautiful bastards desire.

Magdeline came up with Temp when she found herself needing items for one-off occasions; let’s say a 21st or a red card. Rather than going to Kmart for the hundredth time and buying another basket or whatever the fuck you need at 11:07pm on a Tuesday night, consider this as a cheaper and more environmentally friendly option. Magdeline says, “I have a few valuable items lying around that I feel are not being utilised often enough by me. At the same time, I know there are people out there who would benefit from using them.” This sounds legit, but at the same time the only valuable item I own is my 2009 high school MacBook which I probably wouldn’t loan out to people for, you know, porn and bad Photo Booth selfie reasons. “I hope this sharing culture can take away the stress that comes with buying and selling items as well as money worries so that students have more time to focus on important things like studying and socialising,” reasons Magdeline. Temp uses AI technology to image search and help to recommend complementary items and listing prices.

Her app earned 503 votes in a tense showdown between other young student entrepreneurs. Magdeline is floored by the support shown from friends and family and says, “Honestly, I was really surprised that the competition was so strong during the voting period considering the fact that it was during exam season! The votes just kept soaring and soaring.”

Temp is currently just a prototype, but Magdeline hopes to make the app a reality sometime this year. “I feel a lot of people are afraid to start because they feel like they need to come up with a ground-breaking idea. But the reality is that you don't. A classic example is attaching wheels to suitcases. Wheels were invented c. 3500 BC, but it wasn't until the 1970s that someone thought of attaching them to suitcases.” Forget wheeled suitcases, let’s have some discourse on whoever came up with putting wheels on shoes. What a fucking good cunt.

Magdeline’s been lucky/talented enough to be selected as one of 16 students to attend the Tertiary Market Immersion Programme in January, a business programme in Southeast Asia. The chosen ones spent three weeks travelling around Indonesia, Malaysia and Singapore to get exposed to the business landscape of the region. Magdeline also repped NZ at the Global Workshop’s international finals in December in Canada. Although the competition was ultimately won by a team from Austria, Magdeline stood out as the only solo team at the event. “I am also proud to be a young solo female team, proud to be a woman in tech, proud to be able to bring New Zealand to the centre stage, and proud to be a Malaysian representing New Zealand.”

Locally, she co-leads Comp Girls Otago, is a member of Momentum Investment Committee and part of the Otago Computer Science Society. If anyone has any suggestions for Temp or wants to work alongside Magdeline, she encourages them to reach out to her on LinkedIn (lol). The app has enough potential to revolutionise the way we use and lend items, much like the 1997 movie The Borrowers.