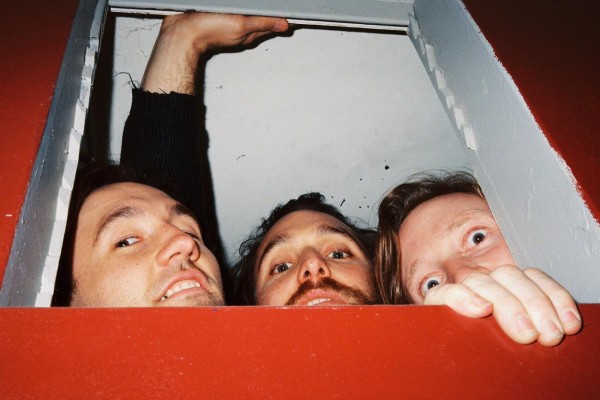 Sea Mouse: The ocean is big and the mouse is small

If you google ‘sea mouse’ you’ll be met with a cute ocean creature, but a couple scrolls further will open the window into the blues-fueled journey that is Wellington’s Sea Mouse. Powered by Weetbix and classic blues, Sea Mouse is known for their classical take on modern rock and powerful live performances. They are playing this Friday in Dunedin at the Cook for the How Deep is Your Love Valentine’s Day gig, alongside Mary Berry and Mermaidens.

Self-described purveyors of hard-hitting, well-hewn body rock anthems, Sea Mouse is a step away from the usual Dunedin surf rock. Their latest album, Tropical Fish, consists of mind-bending songs, ranging from pure, energetic rock to boogie to, like ‘Kickin’, to softer, crooning blues, like ‘Insane’. They bring the Wellington sound to a new light, and push the normal out of its comfort zone.

One spicy element of Sea Mouse’s music is the meandering metaphors that flow through their songs. Think the obscurity and weirdly relatable journeys of Alice in Wonderland, and the classic beats and undeniably catchy tunes from the White Stripes. Title song Tropical Fish reads like a poem on steroids, injected with rhythm and sent down to Hell, coming out the other side as a banging rock song.

Taking a personal approach on writing can be a difficult task. Seamus, the lead singer and guitarist, spoke about the vulnerability of lyric writing, “Sometimes I get lost in the writing of it. You’re definitely hearing a bit of yourself that you don’t necessarily need to be telling everybody.”  With two albums under their belt, the trio has songwriting on lock, following the trustworthy method of, “if it feels good, do it.”

Their sound is heavily inspired by blues. Sea Mouse names R.L. Burnside and Robert Johnson as two key influences, alongside more modern influences like White Stripes and Led Zeppelin. The fusion of classic blues and rock makes their music both familiar and novel in its own right. Each song varies in tone and pace - perfect for a boogie -  but all consistently held together by Scotty’s winding basslines, Thomas’s solid drums and Seamus’s signature meandering vocals and bluesy guitar riffs.