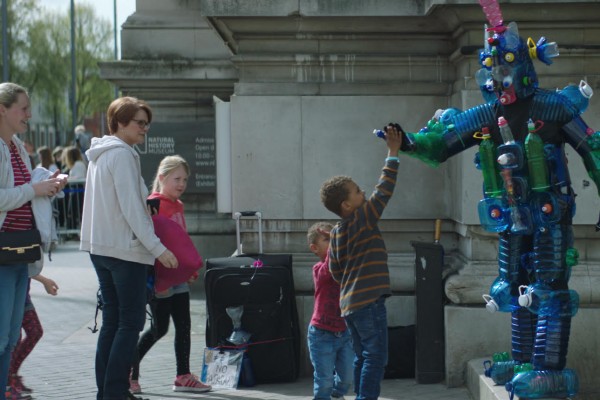 A Conversation with Justin Pemberton

The freelance King Krule of Kiwi film on his new blockbuster smash documentary: Capital in the 21st Century

This new film of yours is a historical look at capitalism, and it’s an adaptation of a nearly 700 page economics text that deals with a piles of statistics, and a tonne of macroeconomic theory. Is it a film for nerds?

No, not at all. There’s no way the film would be able to mirror the book. The audio book itself is 26 hours long so there was no way I was going to fit that into 100 minutes. So what we tried to do in the film is show the story of capital; the story of wealth through time. When our relation with capitalism changes, it changes the outcome for us all. One thing that’s unique about Thomas [Piketty’s] book is that he expanded out capitalism and looked at it over centuries. And he saw that in the periods after the two world wars, the middle class rose up and got a share of wealth and social mobility became possible. People got access to education and healthcare and that sort of thing , but it was an aberration in the history of capital. What he thinks we’re doing is cycling back to that classic, pure, deregulated capitalism of the 18th, 19th centuries which is characterised by a handful of very wealthy people and abject poverty in comparison for everyone else- where people can’t afford to own their own homes and can’t afford to rise up or start businesses. So that’s what captured my interest, that it’s kind of a warning call that we’re cycling back to something that isn’t good for most of us.

So did you come at it from a perspective of always being interested in this sort of stuff and then reading Pikkity’s book and saying ‘wow, this really spoke to me’?

I was always interested in that world and aware that inequality is rising again. Me and Thomas are the same age which means that we were both 18 when communism ended and we could see these great big changes in the world. Terms like ‘user pays’ being rolled out, they were new. When I started university it was really accessible and I don’t think there was even student loans. But by the time I finished my degree, fees had gone up a thousand percent, I had a student loan (they introduced them while I was at university), and I was really aware of leaving university and never ever having had a fulltime job, but already being saddled with debt. It felt like something new and it was something new.

I read a review on that compared the film to Adam Curtis - was that an influence?

I loved the one he did on Ayn Rand - All Watched Over by Machines of Love and Grace. That’s the film of his that I love but there are lots that I enjoy. I like his use of archive, so that was definitely a reference point. He’s probably a little more grunge than what we went with. He was one of some; I also really liked movies like The Big Short. I liked the idea of it being a pop culture mashup, and a history mashup as well. When you’re reading Capital you realise you’re looking at all the great moments in history- well,  not great in terms of good, but all the biggest moments in history, like slavery, colonialism, the world wars, oil shocks. So that gave us a lot of stuff to work with.

Have you had any pushback to the film?

It was quite an acclaimed book so not really any pushback. The general consensus is that the book’s contents were quite valid. I didn’t move too far from Pikketty’s ideas.

For people who aware of these things, there’s a sense that the emperor has no clothes. Do you feel like the film will change anything?

One of the reasons Thomas wanted this film was have his book be more accessible to a wider audience (although the book has already had tremendous reach for an economics textbook). It’s already starting conversations. They were talking about it on talkback the other day, on Newstalk ZB- that’s Mike Hosking’s station. They weren’t being negative either, that’s what I was surprised about. It’s not an activisty film and I’ve taken care not to have much of a political agenda. Pikkitty wanted to have a calm conversation that makes you reflect.

Which students do you think most need to see the film?

It’s not even just students it’s young people in general. The reason I say that is that the younger you are the more you have at stake and the harder its going to be to get ahead. I’m still renting myself. I don’t think of myself as that old but there’s people my age who are have done quite well out of real estate and have rental properties -that sort of thing. I think that if you’ve been focused on acquiring wealth as your main driver through life, if you’re my generation you might have gotten somewhere a lot further ahead. It’s not really the world that I’ve pursued. I have a lot of sympathy for younger people. I can see the struggle.

Have there been any reactions to the film which have surprised you?

At the Wellington screening the other day there were a few people who found it quite emotional. It’s not really depressing, but it does have a lot of energy. Some people say it’s depressing, maybe because they haven’t thought about these sorts of things before. But mainly it fires people up. I think one of the nicest things I heard was from a young woman who came and saw it, and was a student at Vic. She said she’d been thinking a lot about her own poverty and her own feelings about the future and it made her feel really depressed, but there was one thing that about the film that she took away that I thought was really positive: telling her it’s not her fault. I really liked that, because it isn’t. Sometimes we can look at ourselves and put all the blame on ourselves and think ‘I’m a failure’ or ‘I’m not good enough’, but you’re actually trapped in a system that’s conspiring against you. So if that makes you less depressed and makes you want to take more action then I think that’s brilliant and that’s what I want.

This interview has been edited for clarity and length