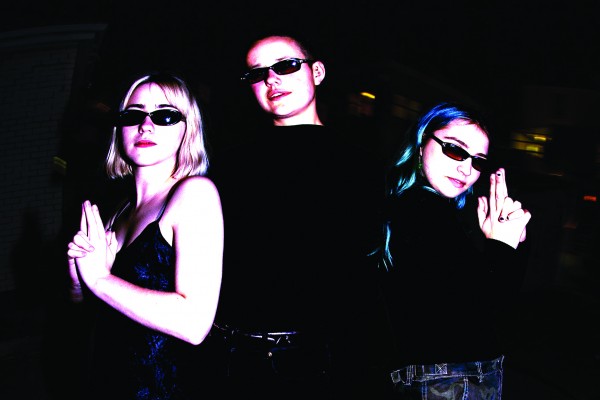 Mary Berry’s win at the recent Bring the Noise competition has brought them swiftly into the student music scene, which they have taken by storm.

I met the band members in an alleyway coffee shop. After procuring the necessary caffeine for any human interaction, Julie Dunn (bass), Jade Meddler (vocals/guitar/drums), Shlee Nichols (drums/vocals/guitar), and I settled down to talk about all things Mary Berry (yes, they are named after Great British Bake Off Mary Berry).

Their recent win at the Bring the Noise competition came as a surprise. “I haven’t won anything, ever,” said Jade. The student music scene is mostly skinny white dudes singing surf rock, with other bands only just beginning to edge in the cracks. Their win, alongside runner-up Mia Jay, beckons a new generation of musicians to expand and improve Dunedin’s gigs.

The student scene presents its own unique set of challenges. One, in particular, is gig etiquette. Julie said that people start “unlearning” gig etiquette at uni because when everyone is acting like a general asshole at an event, it starts being treated as normal when it shouldn’t be. Julie said, “that’s probably one of my main goals as a musician, to show people what is and isn’t appropriate.”

Mary Berry’s music defies genre. The eventual consensus was that their music was “manic-noisy-fun-pop-punk”. A great deal of their inspiration is locally-sourced - Lucy Hunter, Death and the Maiden, The Rothmans and Milpool. Julie hopes that Mary Berry’s takeover of student music can help merge the two communities. “You get this feeling at gigs now that people are all there to hang out with each other, and there’s a whole community that you’re involved in.”

Although they haven’t released any music yet, keep your eye out for an upcoming EP to be recorded with Radio One as part of their Bring the Noise winnings. With a summer of gigs scattered across NZ, Mary Berry is one to watch.