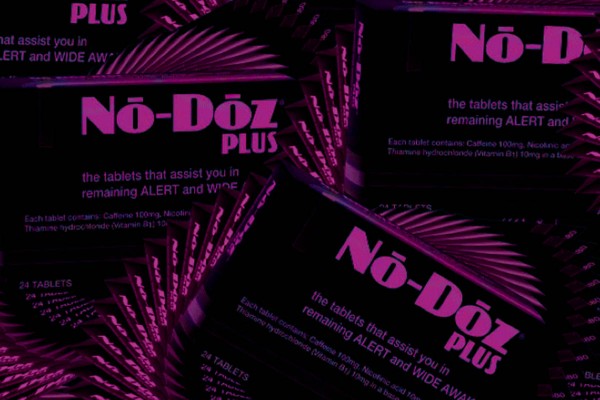 Get Your Own: An ADHD Opinion on Study Drugs

I was 15 when I got my first Ritalin prescription and it changed my life. My grades improved, my relationships improved and I didn’t get comments on my report saying “needs to talk less in class”. ADHD is a chronic disorder that generally involves hyperactivity, inattentiveness, and about a million other symptoms. I am one of about 4% of the NZ population with this diagnosis, and also one of the 80% affected who take stimulants to help. When I tell someone I take Ritalin, the response is on a spectrum between “that doesn’t actually work,” and “dude, can I buy some?” Both of these are fucking rude, just to clarify, and to explain why I’ll use the example of contact lenses. Mostly because brain chemistry is far too confusing.

If you walk up to someone wearing contact lenses and say to them “those don’t work, why do you even bother? I can see fine without them,” you’re an asshole. Besides, if they help that person see and it’s not affecting you, why do you care? Equally shitty, if you walk up to that person and say, “can I buy those contacts off you? I’ve got a big essay due.” First of all, the contacts won’t do what they’re supposed to, because they're made to solve a very specific problem that you don’t necessarily have. That will also leave the contact-wearer in deficit because you took something that they need. Also, it’s just rude.

Accessing these medications is its own rodeo. When you’re buying Ritalin from some dude named Kyle in a 2003 white Corolla, it takes 30 seconds, then you’re on your way, ready to finish writing a bullshit Commerce essay. For someone with ADHD to get the prescription legally, it costs upward of $350, before therapy, and endless red tape, just to get through life. If I have to take these meds every day just to function normally and you’re taking them to get that little boost, we’re working off entirely different baselines. If I can’t access my medication (they’re restricted because you fucks keep buying them), I’m completely fucked. Believe it or not, Ritalin isn’t designed to be a recreational drug. It was produced so people like me can live, work, and be a successful human. Not so you can rail lines and stay awake for a few more hours than usual. Honestly, just buy NoDoze; it’s much cheaper and does about the same thing for you.

This article is not telling you not to buy drugs. It won’t work and I don’t care. However, please stop asking people if you can have some of their medication; it’s fucking annoying. Odds are, they’ll just say no and probably avoid you. Also, don’t think just because you “have trouble paying attention,” that you have ADHD. If you’re actually concerned, do some research and talk to your GP. Having ADHD can be a challenge, but I wouldn’t be who I am without it, and I wouldn’t be where I am without medication.