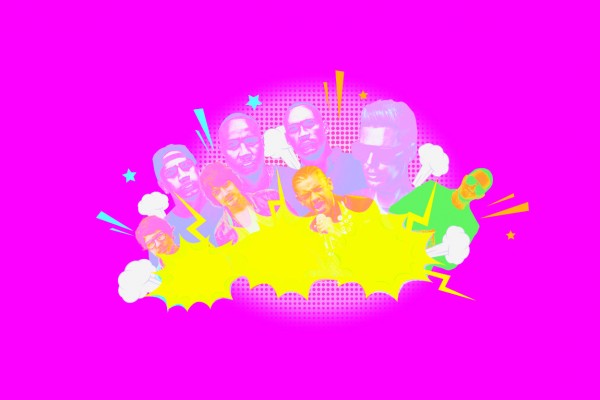 Whatever Happened to Dane Rumble?

It’s May, which means it is officially New Zealand Music Month. New Zealand and the creative field of music go together like a bottle of Cleanskin and a BYO at India Gardens – terrifically. We have seen so many great musicians and bands come out of New Zealand who have shaped the cultural identity of this nation. I mean, how can you not shed a tear of nationalist pride every time you hear Loyal by Dave Dobbyn?

But what interests me the most is the period of New Zealand music spanning 2008 – 2012. There were so many one-hit wonders that have seemed to fade into obscurity. But I never forget, and I have taken it upon myself to find out what some of the most iconic New Zealand musicians are up to now.

As the first winner of New Zealand Idol back in 2004, Ben Lummis captured the hearts of everyone in New Zealand with his melodic voice and skuxx cut to die for. Ben rose to fame with his song ‘They Can’t Take That Away’, which should absolutely be our next national anthem. But 2004 was a long time ago, what has Ben been doing since? After a year of DMing him non-stop, I had the honour of interviewing Ben and formally asking “hey wuu2?”. Ben has been busy with “daddy duties”, (his words, not mine) raising his four beautiful kids. He has been very tightly involved with the Arise community (read: cult) and enjoying a nice batch of Lisa’s Hummus. I sent him a DM just before because we’re now best friends, and there is talks of a new EP coming out very soon.

Honestly? I think about Dane Rumble nearly every day. In the words of Tiki Taane, he’s always on my mind. Dane Rumble straight up killed the New Zealand music scene in 2010 with his album The Experiment, featuring ultimate classics Cruel and Don’t Know What To Do. The last we’ve heard from Dane was in 2013 when he dropped a pretty average single with Jupiter Project, so what the hell is he up to now? Dane has seemed to remove himself from his ‘rumbling’ days, and currently lives in Sydney. He started up his own jewellery business called Culet Jewellery, as well as a watch company called Creux Automatiq. Much to my 13-year-old self’s disappointment, Dane is a proud husband and father. Dane if you’re reading this, I know you have a child, but can you still be my Daddy?

Bro, what even happened with J. Williams? I feel like he single-handedly helped shape the way for New Zealand music and then just straight up dipped. If the name sounds familiar, he first popped onto the scene in 2008 with his song Blow Your Mind and released some of the most iconic NZ hits such as You Got Me, Ghetto Flower and Takes Me Higher between 2010 – 2012. Unfortunately, J. decided to leave the music scene due to personal reasons. Stalking his Instagram, he appears to be living his best life in Australia, modelling for various suit companies and still singing his heart out. J., you’ll always be my ghetto flower x

I’m going to be completely real with you. I know that I talk a lot about how much nostalgic New Zealand slaps. But Brother by Smashproof ft. Gin Wigmore is, hands down, one of the best songs to come out of New Zealand. 2009 was not ready for this shit. Like yeah, they have other songs, but Brother hits me deep. The tongue clicks at the start, the rap that describes life in urban New Zealand, Gin Wigmore’s raspy melody followed by the most powerful chorus – fuck it’s good. Tyree, Young Sid and Deach actually released an album in 2016, that I would rate a light 6/10. They’re still out on their Facebook riding the Brother wave and sharing a surprising number of memes.

I feel like My House by Kids of 88 defined my intermediate schooling experience. Everyone had that moment when they listened to the lyrics closely and realised that it’s all about fucking. Same with their other track Just a Little Bit. Actually, most of their songs were about sex. But, to be fair, most songs are. The band consisted of Jordan Arts and Sam McCarthy, until they sadly called it quits in 2014. Jordan is now in the videography scene, creating and editing music videos for other NZ bands like Broods and Sol3 Mio. Sam produces music under the name Boyboy and has a few bangers, recorded a song with Harry Styles, and still hasn’t responded to the fan letter I sent seven years ago.

DJ Vinyl Ritchie is a cunt. He was at the 2006 Mosgiel Weetbix Kids TRYathlon and I went up to talk to him and he told me to go away because he was having a dart. I’ve never forgotten that moment. Fuck you, Richard Mills.