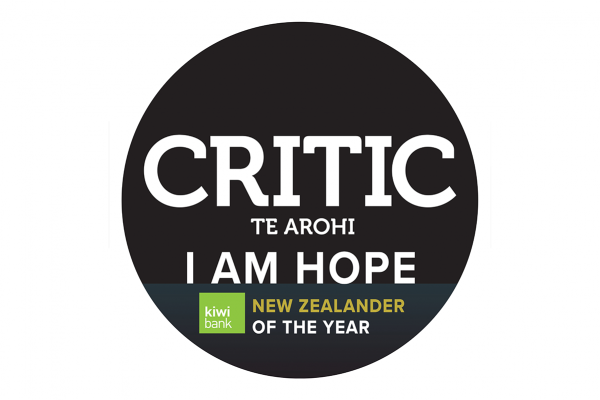 I Am Hope Was Weird

This year, Mike King was announced as Kiwibank’s New Zealander of the year for his work as a mental health advocate. New Zealand has one of the highest suicide rates in the OECD, and one in six New Zealanders are diagnosed with depression or anxiety, and having someone like King, who is actively creating a discussion around mental health, is a huge step forward for positive change.

Following King’s win, Kiwibank set up an initiative on Facebook where they created a profile frame that said “I Am Hope” with the hashtag #GumbootUpNZ, saying that they would donate $1 to the #GumbootUpNZ fund for everyone who added this profile frame. Kiwibank had to keep raising their donation limit, in the end donating over $100,000, which was an incredible feat, and has helped raise money and awareness around such an important topic in New Zealand.

Yet something just doesn’t sit right with me.

The issue with online forms of activism like I Am Hope is that they become a trend, rather than a serious means for change. The internet moves so fast; the hottest topic one week is completely forgotten by the next. Remember Kony? Remember how everyone watched a half hour clip and got so on board with the global campaign, only for it to become no longer trendy and die out? That’s a common thing with online activism. Once we sign a petition online or change our profile photo, we simply forget about it. You think, “I’ve done my part” when there is still so much more to do.

Also, the point of the campaign was that Kiwibank was donating the money instead of the individual, and we have to think about the negative consequences of that. Knowing that you can easily support a noble cause without having to give anything (except changing a photo) pressures you into doing it. I mean, why wouldn’t you want to do this and help support this charity? We cannot rely on one corporation to make change for us.

Of course, at the end of the day, this campaign wasn’t inherently a bad thing. It’s a start to creating change for a serious issue that impacts so many people – but it’s only a start. Creating change is not an easy thing, and won’t be accomplished through changing a profile photo.

When you’re talking about mental health, there are a lot of things that need to be done outside of the digital realm. It can be as simple as checking up on your friends, or helping a mental health support network any way you can. No one is a bad person for participating in I Am Hope. In fact, it is a great thing to see people actively engage in this wave of activism. I Am Hope is creating a much-needed discussion regarding mental health in New Zealand, but we can’t stop here. We need to carry on these discussions off-line.