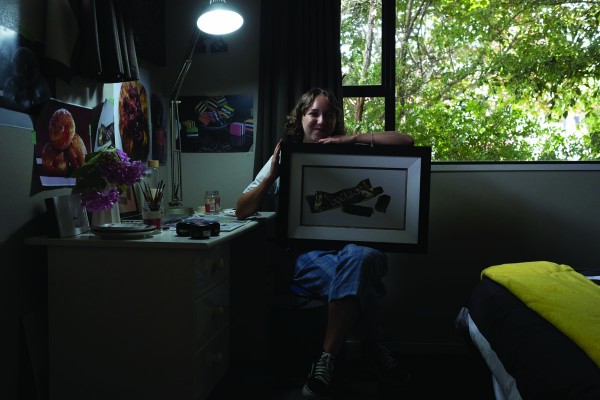 Alice is a 21-year-old hyperrealistic artist based in Wellington, who specializes in painting some of New Zealand’s favourite lollies. Daughter of the renowned New Zealand artist John Toomer, Alice has been painting since she was 12 years old, and always had an eye for photorealism.

For Alice, art is something she has always grown up around. Her dad was a strong mentor for her. “If Dad didn’t tell me to paint, I wouldn’t be painting. He was always pushing me.” Alice started experimenting with hyperrealism in her adolescent years. “I first started out by doing coffee cups which was easy since it was flat and I would trace the letters. Dad told me to vary the tines, which made it more 3D and it developed and I learnt about depth and details. I was pretty shit at it to begin with – hyperrealism is a skill that takes a lot to time to develop.”

What separates Alice from other artists is her unique choice in subject matter, specializing in painting New Zealand lollies. “People love lollies; everyone has their favourite kind of lollies. I started with bags of lollies like jaffas and that looked cool. It was developing the ideas, and it’s colourful and that’s what people like in their home.” She has painted liquorice allsorts, twix bars, and chuppa chups, with her latest being a Danish pastry. Each painting takes roughly a week to create depending on its size and intricacy.

“The only problem painting hyperrealistically is that I get a lot of people asking ‘Is that a photo?’ when they look at my work. Along with ‘I feel like I could just pick it out!’ It gets a bit much at times, but I like seeing people’s reaction to my work.”

Alice won the People’s Choice at the Aspiring Art Awards in both 2016 and 2017 and was the awards’ featured Guest Artist in 2019. One moment that stands out for Alice was being approached by Dick Frizzell. “His assistant contacted me a few years ago now. I went to his house to talk business, I got some merch and limited edition signed prints. Not much came of it at the time, but I may pursue it further in the future.” She has plans to enter more competitions, and create her own exhibition at some point.

Alice has recently completed a Bachelor of Creative Media Production at Massey but believes she will stick to painting for now. “I’m like Troy Bolton, do I wanna sing or do I wanna play basketball? For painting, I want to get my work out there, improve my skill and change subject matter. I will probably still work on different film jobs, I would love to work in cinematography or become a director of photography one day.”

“There are only so many lollies I can take. But there’s something about lollies though. They’re just so yummy. If I did a vase with flowers it’s still cool and talented, but it’s been done before whereas lollies haven’t. Hyperrealism is such an original skill to have too. I want to make art people can relate too, and everyone loves lollies.” 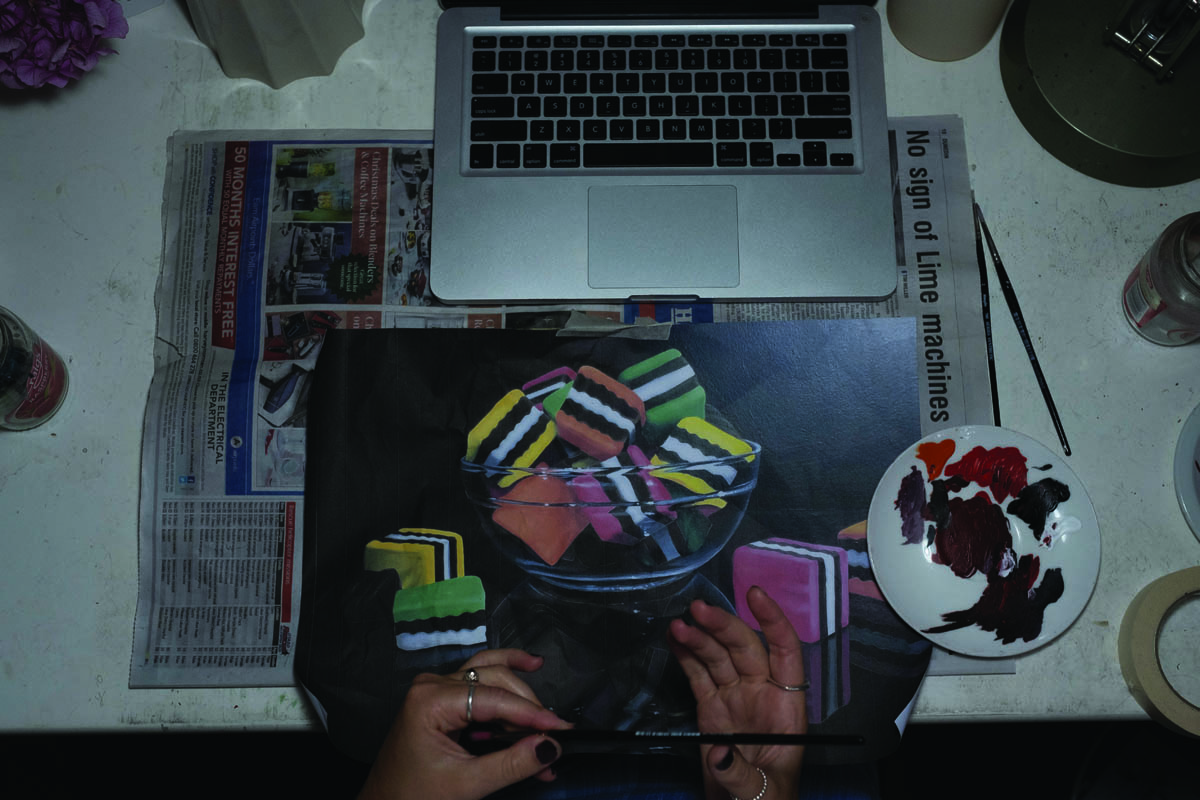