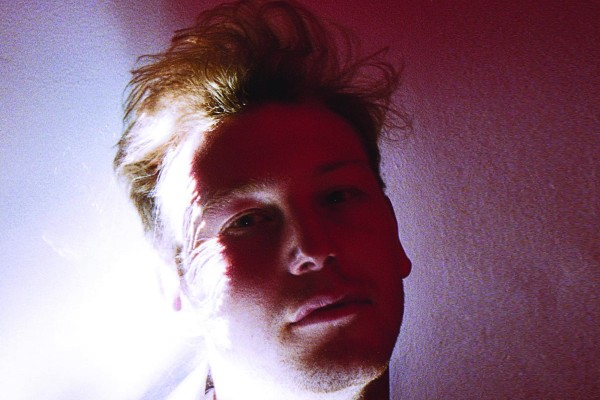 When I first met Indie-Rock artist Harry Marshall, he was a scruffy little blond Australian busking the streets of Paris outside the Shakespeare and Company bookshop.

I kicked the Australian flag tag he had hooked to his guitar case, and we’ve been friends ever since. What drew me to him first and foremost was his voice. Powerful, warm, and tireless, he can belt a note to make you melt on the spot.

Since then, Harry has release three singles: Epilogue, which has 240,000 streams on Spotify, Nowaday, which is #38 internationally on the iTunes alternative chart, and the recently released M’kenzy Rayne, which is currently climbing.

He’s light hearted, borderline a lad, but with a poet’s heart deep down. That personality clash comes out when he’s asked to describe his sound. In fact, the answer he gave was “I don’t fucking know”.

“In a way, alternative rock? But also lyric focused songwriting. I won’t listen to the song; I’ll listen to the lyrics … but then again some seem kinda country/indie rock, folksy; it’s a whole mix.”

Harry said his newest single, Nowadays, is a hard one for him to talk about. It was written in about 30 minutes, a burst of inspiration, while he was working a construction job.

“It’s kind of like a memoir to myself to keep me going forward. I wrote it to inspire people as well; it’s deeply personal, but also relatable. People will find their own meanings. Nowadays was me kicking myself in the arse and telling me to go out and do something. The melody itself took me a few days of bashing my head against a wall.

“I took a break for two and a half years and I went to France, doing a lot of writing. I felt good releasing Nowadays because it’s the least single formulated song. It’s pure; it’s my artistic statement. I’m releasing it to show people what I wanna say while being completely free.”

He describes his songwriting process as “spewing a song onto paper” in a rushed flow of inspiration.

“Usually I have the guitar first then unload a heap of bricks and just get it all out there … sometimes I’ll write a song and then record it in one take. It’s organic. But then again, it’s taken me years for other tracks.”

His go-to inspiration for songwriting is heartbreak and breaking down social gender norms. “In Australia the rough tough manly men are not allowed to express emotions and cry, and no one’s talking about it. Most men are blocking it up and unless they're shit-faced no one wants to confront the problem. It’s incredibly unhealthy, and there aren't many music artists talking about it. Suicide rates among men are rising … there’s no escape from these ideas and ideologies because many of us can’t deal with our emotions.

“The London music industry is busier, so I’ve slowed down a bit, but my best songs come from my organic way of doing it; I won’t stray too far from that.”

Speaking of the London music industry, the move from Australia was something Harry said he needed to do because he never felt like he really fit in in Australia. “There are so many amazing artists, but I felt like I didn't really belong anywhere,” he said. London was always a dream, so with the support of friends and fans he made the move.

“The London music scene is completely enormous and crazy and beautiful. There’s so much room for anyone and anything and I feel so happy here.”

Marshall’s biggest inspirations are poetic writers – Dave Le’aupepe from Gang of Youths, Bruce Springsteen, Ernest Hemingway and Kerouac. But when it comes to his goals for the future, he doesn’t aspire to the greatness of those names. For the time being, his number one goal is “to pay rent.”

Right now, Harry is working with some “great” producers on his debut EP. “After that I really wanna release a record that I’m proud of. I wanna make a piece of art that is worth something.”

It’s true, he is every girl's sad boi dream.

But there also runs something deeper in this old soul. Harry Marshall’s music calls into the belly of the void many people pushed away long ago, and draws from it a universal nostalgia, a taste for a home we see and long for in the people we love. It encourages the buzzing radiator within our souls to croak to life and warm us from the inside out, so that we may battle the harsh weather of the world.

Expecting great things from this one.