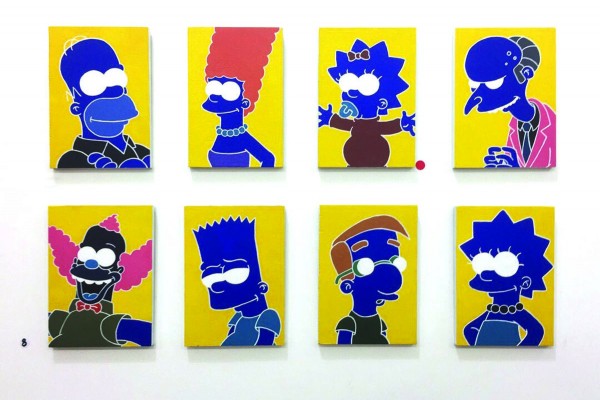 Jonathan Waters: Graffiti on the Fringe of Society

Jonathan Waters began drawing in early childhood. With a love for basketball cards and Pokémon (he used to create his own original Pokémon), he kept at his passion and polished his craft in the cultural wasteland of Ashburton, where he lived until he was 18.

After an extensive education at polytech and uni, he’s now taking a leap and living for art and art alone, with no frills, and no steady job.

“I guess when you're good at something in school you just keep doing it, so I started taking art lessons when I was ten. That’s when I really got into painting, oils, acrylic and watercolour. My creative thinking and purpose came in high school. My NCEA years were the most informative.”

Although he’s explored a bunch of different mediums, Jonathan is a painter first and foremost.

“I’m so inclined to hand drawing, I sort of stayed away from coding and web design.”

At polytech he managed to get a scholarship, which pretty much paid for his whole degree. Then he studied at Vic, before ending up at Kings High School teaching art. A lot of people look at Jonathan’s work (specifically his recent show Tooney Lunes) and compare it to tripping on acid.

But there’s a bit more to it than that.

“I would say the Tooney Lunes are my modern interpretation of a nostalgia that I once had. So it’s kind of trying to reform or reestablish connections to past nostalgic characters or even moments. With nostalgia, it’s like using drugs. You're never gonna feel what you did that first time. So it’s an attempt to create something new out of old memories. Trying to reformulate something in my own style made sense to me.”

Despite the stereotype of manic artists throwing their creativity about the canvas as freely as second years throwing eggs at freshers, Jonathan thinks in a fairly linear way. From deciding the characters, to cutting the wood, the composition and the silhouettes, the process is extensive and no doubt exhausting. But the results are incredible.

“Loony Tunes characters are just so weird but they all have a connection to each other and their form is different enough to produce a decent variety of shapes.”

Artists who influence him include Basquiat, Frances Bacon, and Kaws, an old school graffitist who broke into the art world.

When I asked him for advice, he delivered.

“I can’t give much advice to other artists because I still feel like such a novice, but to freshers I guess I would say if you know in your gut that’s what really drives you and intrigues you, just keep going. Don’t get derailed by shitty external things. Keep practising.”

“Good art to me either tells you something about yourself that you didn’t know before, or shows you a completely different view of the world. I think if we allow it to be, art is more powerful than any form of communication. Every time someone is scared to pursue the arts as a dream, that’s one less person who can help the cause.”

Jonathan will be participating in the graffiti battle for the Dunedin Fringe Festival called ‘On the Fringes of Society’ where artists draw in bars or clubs surrounded by observers.

From what I know we’ve never had a graffiti battle in Dunedin before, so that’s definitely something to check out.