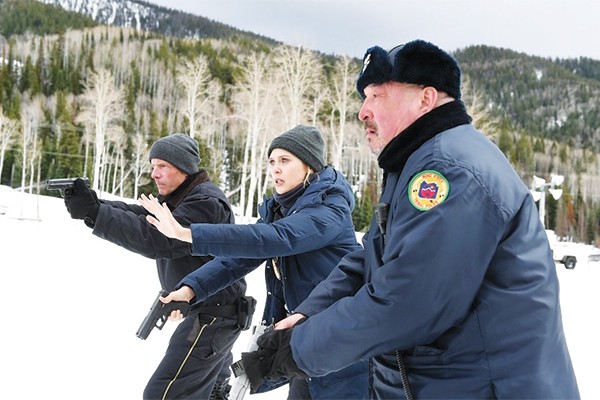 Wind River is directed by Taylor Sheridan, who wrote the screenplay for Oscar nominated movies Sicario and Hell or High Water. This is only his second outing as a director, and the first with a budget bigger than my student loan.

Wind River is a grim crime-thriller that centres on Cory Lambert (Jeremy Renner), a hunter and father who is dragged into helping FBI operative Jane Banner (Elizabeth Olsen) solve a murder.

Sheridan seems to know exactly where to toss in a teary monologue or buddy-cop takedown to avoid forcing the relationship between the two, preferring instead to let it unfurl naturally. Everyone else falls largely into two categories: grieving family members and suspiciously dodgy tradesmen. It’s a standard thriller formula, but Sheridan makes it work.

The film’s main weakness is its pace, and many significant plot points feel disjointed or irregularly displaced. There were large stretches of film dedicated to seemingly irrelevant characters or settings in an attempt to build the town or throw out red herrings; but the grim, awkward conversations just make you miss scenes with Cory and Jane, which are easily the most interesting parts of the plot. However, the pauses never stretch to fully-fledged boredom, and any lull in interest or pace is forgiven at the blistering finish.

Aesthetically, the movie is absolutely incredible. National Geographic could have shot half of it, with frequent wide shots dedicated to drinking in the stark landscape of northern Wyoming. A porcupine straddles a branch, mountain lions growl from their den, and wolves circle herds of helpless cattle. This truly is the wilderness. Sheridan does an excellent job maintaining the fear of the frosty grave that threatens everyone in Wind River.

All in all, the film is a slow but steady ride with two fantastic leads through a freezing hellhole of rusted cabins and murderous stares. Definitely not your chill Friday night at the movies, but if you feel in the mood to stomach some grit, it’s definitely worth your time.