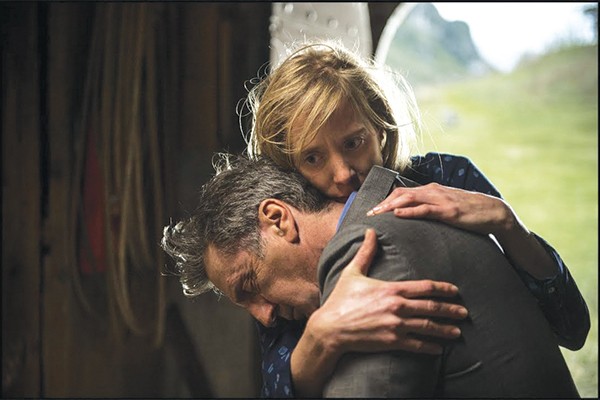 Kalinka is an honest and thoughtful portrayal of the true experiences of André Bamberski in his quest to find justice for his daughter Kalinka, who was raped and murdered. While spending the summer with her mother and stepfather, Dr Dieter Krombach, Kalinka suddenly dies of an unknown cause. Upon discovering suspicious circumstances surrounding her death implicating Krombach, Bamberski battles for 30 years to bring the truth to light and have Krombach convicted.

Often, adaptions over-dramatise history, but the real-life events here need little exaggeration. The case is well known and the film does not try to throw in any saucy conspiracy theories, but instead embraces the human element of everyone involved.

Daniel Auteuil is electric, and his André Bamberski is powerful and emotional; he charges up every scene. André is a fantastic character, articulate, intelligent and determined. These traits also make him crazy, and he is so logical and self-assured, that, except for his rare moments of vulnerability, he seems more crazy than the true villain, Krombach. Garenq avoids the obvious path of demonising Krombach and glorifying Bamberski. The complexity of the characterisation, acting, and dialogue, more than compensate for good, but unexceptional, cinematography and music.

This a solid film. It does not try to be a psychological thriller about a crazy serial rapist, it does not try to stir political tensions, and it does not present a nihilistic view of the law. It is an unpretentious illustration of one father’s personal story, reflecting on the strength of his love and his need for justice.