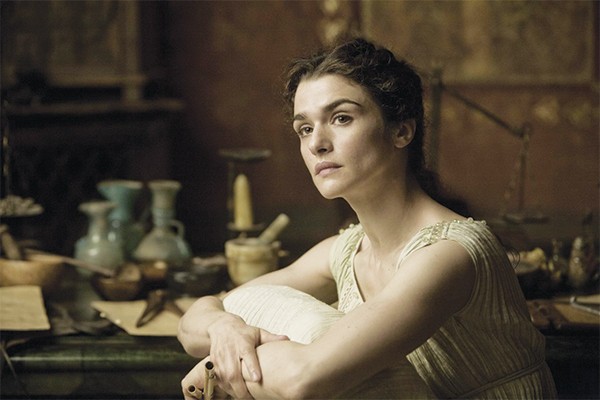 Channelling (poorly) his inner Guillermo del Toro with a disproportionate amount of candles, chiaroscuro and murder-mystery piano motifs, South African Director Roger Michell (Notting Hill, The Mother) gives us a new version of Daphne du Maurier’s twisty novel. The story that made Olivia de Havilland and Richard Burton a star in the US falls incredibly short in this new adaptation.

When his wealthy cousin Ambrose falls in love with the titular character Rachel (Rachel Weisz) while taking the sun in Florence, orphan Philip suspects foul play. Responding too late to Ambrose’s plea for help, he rushes to Italy to find his guardian dead. However, back in England, the doe-eyed Rachel confounds Philip by making no claim on Ambrose’s estate, returning every gift, alluring him with her beauty, femininity, and sexual freedom. Philip is left wondering whether Ambrose’s hastily scribbled letters that described poisonous plots were simply hallucinations caused by a fatal brain tumour, or if Rachel is a manipulative femme fatale.

Rachel Weisz delivers a great performance, vacillating at every turn between innocence and sly nonchalance, and Sam Claflin’s Philip is indeed a “glorious puppy, miserable and wet-nosed, looking for his mother”. The pair plays the Oedipal theme quite well; Philip announces that he wants Rachel to wear his mother’s pearl necklace every night.

However, the central key mystery, that is supposed to keep the audience wondering for the whole movie, is easily unlocked. The movie is often inconsistent, insofar as the supporting characters change sides and opinions from one scene to the other quite radically. The cinematography is pretty basic and predictable, yellow and sun scorched for Italy, wet, grey and dark for England. The camera often pans over Rachel’s veiled eyes, in a too forced attempt to be unreadable and enigmatic. The gothic and ambiguous theme is not sustained throughout the movie, making it too theatrical and insincere. Therefore, despite the solid performances by the two main characters, the movie is unappealing, boring, and, worst of all, predictable.