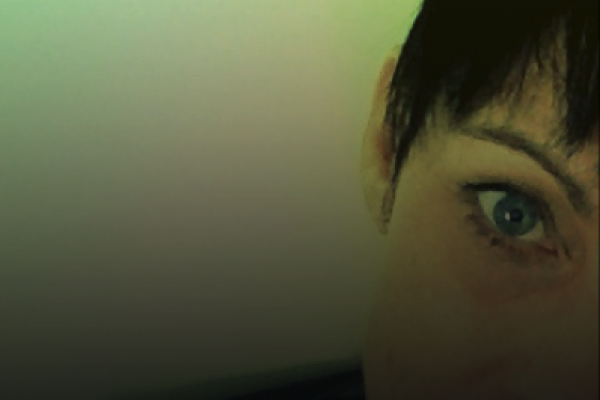 This Is Your Haven

A Q + A with Marie Celeste Lawrence

It is 11 May 2017. Tomorrow, an epic lineup of electronic musicians will deliver their ambient, industrial, and techno beats to a dance-starved audience at Dunedin’s artist run space, None Gallery. The lineup includes UK techno producer, Ansome, and sonic allies, Jaded Nineties Raver (J9R), Keepsakes, Lumen Lux, and Back on Track. Partial Architecture, a pop-up concert tour founded by Friendly Potential co-conspirator and DJ, Simon Wallace, emerged with the sole purpose of supporting this event, which forms part of Ansome, J9R, and Keepsakes’ NZ tour. Necessity is the mother of invention.

Auckland-based J9R (a.k.a. Marie Celeste Lawrence) and Keepsakes (a.k.a. James Barrett) are promoters in their own right, curating spaces at the other end of the country under the moniker of Haven. Another project “born out of necessity”, Haven is a regular club night currently located at Whammy Backroom. In two weeks time, Haven will present the Auckland leg of the Ansome tour. Unsure where I will be in the country as the tour builds momentum, and wanting to know about all of it, I caught up with Marie Celeste Lawrence for a Q+A.

Thanks Marie, for offering us an insight into your creative ethos on the cusp of your NZ tour.

Can you tell me about the journey from Haven as a concept, to Haven nights becoming regular events?
Haven is run by myself, James Barrett, a.k.a. Keepsakes, and UK based Tom McGuiness. Like most projects I get into, it was born out of necessity. We were desperate for more challenging music in a proper club environment and we felt a lot of other people out there were too. We started in secret, didn’t advertise, and reached out to people directly that we didn’t really know but we thought might be into it. We ran them on Sunday afternoons with no door charge, within a large venue’s green room. Atmosphere was key. The room was full of smoke and the entry to the space was so that no one quite knew where they were, in a liberating kind of way.

We were lucky to get L.I.E.S. artist Terekke for the first one and then Kobosil, although that fell through to illness. We did a Shocking Pinks afterparty with their drummer Cory doing a Borrowed CS set, but after that being able to continue running them for free became hard. Artists need and deserve to be paid and having so little budget made it extremely difficult to coax people over here. So we do charge now, as low as possible, and we’ve moved out of the green room and made Whammy’s Backroom our home. James then had six months of solid touring in Europe, which I joined him on and it’s since coming back from Europe we’ve felt even more compelled to continue Haven.

Is there a creative philosophy that underpins Haven?
Several. The use of controllers has done great things in making DJing more accessible to people with varying reasons for wanting to throw parties. But a large part of Haven’s purpose is to run at an international standard within our world of house and techno. We feel an important part of this is having artists who possess the ability to use the industry standard equipment. So we only book people who use turntables or cdjs and are interested in the skill and art of DJing in a club environment. While doing this we’re also hoping to encourage young electronic artists into learning how to DJ properly. So I could say we’re trying to be aspirational, but in an educational way.

Our music policy errs on the harder edged side of what’s coming out of Europe and the UK. It’s important to us that all people on the bill have the experience to understand how to play a set relevant to their time slot and with thought to the artist they are supporting. We avoid booking hyped artists. There’s often too much focus on one or two artists at any one time. It gets very boring for everyone, and I find the less hyped artists tend to be infinitely more talented, at least in New Zealand anyway.

The crowd is important too. It’s not a place to creep on people or harass the DJ with requests. We will eject people if they are creating issue for anyone. Most of all we want Haven to be an environment where people of all identities and orientations can feel free, with music that excites them, considerate people around them, and without fear of harassment. We want people that come primarily for the music and contribute to the atmosphere in a positive way.

In terms of these ideals to other aspects of my life, I definitely demand a certain standard of myself. I don’t feel 100% there yet with J9R, but it’s my first solo project after many years of not making music and I’m accepting that it’s in the early stages of development. Obviously I don’t think it’s completely shit or I wouldn’t continue with it. Creatively, I’m pretty hard on myself and can totally suffer from a bit of imposter syndrome. But as time goes on I’m only more secure in myself and I’ve learnt not to be overly precious about my output. I have a tendency to put myself up to certain challenges, go through my own absurd inner terror and then surprise myself.

On the 26th May Haven presents Ansome at Whammy Backroom in Auckland, which includes an amazing lineup of artists from NZ and abroad working in electronic music. What goes on behind the scenes when curating a Haven show? What do you look for when selecting artists for Haven, and how did you choose the artists for this particular event?
With Ansome we basically had to put ourselves on the line up as there isn’t really anyone else in Auckland playing techno this hard who has enough experience to pull off a suitable support set, James releases on Ansome’s label S.L.A.M. and we’re all friends so it makes sense. We wanted to add Ducklingmonster as she will bring a totally different dimension to the start of the night. In regards to venues, we use Whammy as they’re the only venue in the city who are consciously making an effort to give us, and others on the fringe, a home.

Your project J9R is among the electronic artists performing at Haven Presents Ansome. When did you start DJing? Did you begin by working with vinyl/turntables, or controllers and DJ software, or a mix of analogue and digital equipment?
I’m self-taught in everything I do. Jaded Nineties Raver is a live hardware project that until a few weeks ago has been based around a Korg Electribe and a Volca sampler, but I have a Nord synth now, which is changing everything for me.

I’ve never really DJed that much in public, only the odd experimental set. I tend to feel more comfortable playing live. My love for dance music began in ‘93. I was heavily into labels like Tresor, Sativae, Basic Channel etc. and moved to London to make the most of all that over there. But by ‘98 techno was over for me, it had become stale. I discovered experimental bands such as Coil and that whole scene. I was also into a very particular sect of hardcore bands on Gravity Records, G.S.L. and Three One G and it wasn’t until that point, early ’99, that I started playing synth in bands. I moved back to NZ in 2004, started a post hardcore band, joined The Shocking Pinks for a while then, by accident, started a live party ‘til you die rave band called Pig Out. Born during a one off fundraiser show for an art gallery I was setting up, we suddenly got offered shows all round the country and a record deal. We had a few hectic and fun years touring the globe but the band dwindled to two of us and then a laptop got involved and in 2009 that was it for me. I haven’t made music until now. Now it’s on my own terms and, although harder as I have to muddle through a lot of shit cause I don’t really know what I’m doing much of the time, at least no one else is setting any rules. In saying that I love being in bands with other people. I love the gang mentality of it. You form very intense relationships with these people; I will always have a special love for all of them.

I heard buzz that you are on the cusp of releasing music. Is this true?
Yes, Noel from End of the Alphabet approached me after seeing me play my first live set at Chronophonium. I think he was a bit bemused, was like “Who are you? Where did you come from? Send me recordings as soon as you have them,” which gave me a great confidence boost early on. It’s an EP cassette release, to be available later this year. It’s the only label in NZ I’d be interested in releasing on so I’m real happy about it.

Do you have any final thoughts on the future of electronic music in NZ or internationally? What you would like to see more of (or less of!)?

We all have our work cut out for us but the future’s looking brighter. The issues steeped within this country’s attitude to dance music are to me unparalleled on almost every level though. I’d like to see more industry support, everything’s very band focussed, which creates a sense of isolation for dance artists. I’d like to see the older guys be more welcoming, the establishment DJs have shown zero support towards the few young people we do have here that are genuinely doing well overseas. They cling to their residencies and continue to only work with people they feel confident won’t surpass them, which has meant over time the clubbing atmosphere has been allowed to become incredibly staid and uninspiring to younger people. The trickle effect of this has meant younger kids here don’t even really understand how a dance party or a clubbing experience should be until they leave the country. It’s very difficult to create a scene with talent of any exception under these circumstances.

These are all the reasons we do Haven. We’ve got exciting things on the horizon and we feel strong and committed to what we’re doing. It’s an exciting time for us.

Tags:   music interview this is your heaven culture