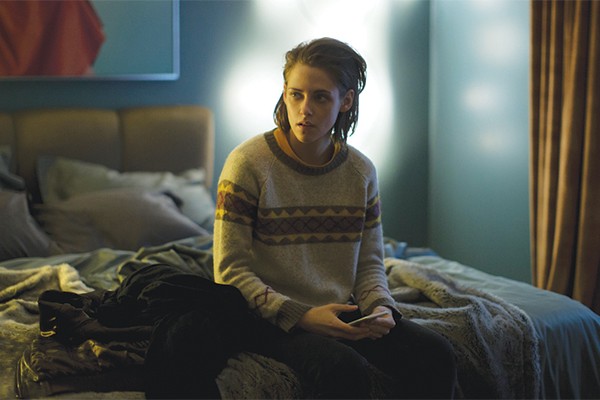 It’s best to go into this movie knowing little about it, so that you can be taken on a mysterious ride and not know what to expect. So I won’t reveal too much. But you’ll know from the title that it’s about a personal shopper (played by Kristin Stewart); a 20-something who lives in Paris and does clothes shopping for a celebrity named Kyra. On its own this probably wouldn’t sound that compelling, so fortunately the movie is also a spooky-as-hell ghost story.

The title character, named Maureen, is a stoic and lonely individual with a recently deceased twin brother. The two were both spiritual mediums, and had made a deal that if one of them died they would send the other a message of some kind to confirm the existence of an afterlife. Maureen is more sceptical about spiritualism than her brother was, but still hopes to hear from him. And again it’s best not to give too much away, suffice to say that some scary shit starts happening.

The first half of the movie is pretty flawless, zeroing in on the central character and her increasingly eerie day-to-day life, with real tension and foreboding, all excellently filmed and acted. In the second half things start to branch off in different directions. This isn’t entirely a bad thing; it makes it harder to predict which direction the film will take, and differentiates it from other supernatural thrillers. But the consistency of the first half is more effective.

Possibly the film gets a bit self-consciously arthouse-ish towards the end - there’s unresolved ambiguity with certain plot elements, and I can’t decide if this was cool or just a bit lazy and/or pretentious. But I’ll reserve judgement until I give it a second viewing, as I expect things might make more sense upon re-inspection. One thing that can be said in Personal Shopper’s favour is that it certainly isn’t boring; it holds the attention firmly from start to finish. And as mentioned above, it isn’t predictable either. It also provides a reminder that K-Stew can act extremely well when she has a good movie to work with.