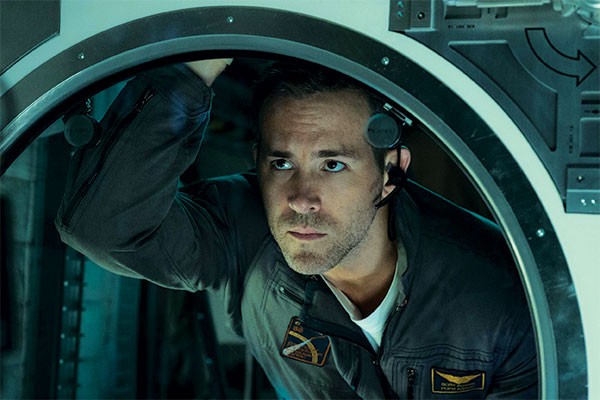 The overall critical response to Life seems to be that it’s an adequate and competently made space-disaster flick, but that it doesn’t give us anything we haven’t seen done better in other films of the genre. Which, yeah, sums it up pretty well I guess. Set aboard the International Space Station (ISS), Life follows six astronauts (among them Jake Gyllenhaal, Rebecca Ferguson and Ryan Reynolds), as they study a new unicellular organism that has been discovered on Mars. The organism, which they name Calvin, is the first evidence of life outside Earth. Sadly, Calvin is not so much a cuddly E.T. sort of alien as an oh-shit-it’s-ingesting-my-face sort of alien; things quickly turn into a battle for survival.

The first act feels rushed, without enough build-up or suspense. For instance we don’t get to see the life form being discovered on Mars; the film opens as it’s delivered to the ISS. Then, within a few minutes, it’s growing and sentient, soon after that it’s homicidal, then it’s a large translucent starfish, then a hovering squid-goblin thing, and so forth; a cool movie-monster, but not the most carefully paced plot. Once the action is underway, the film is somewhat uneven, sometimes being genuinely scary and gripping but other times less than fully involving.

Gyllenhaal and Ferguson are both good actors, and their performances contribute some realism that helps to offset some corny scenes and by-the-numbers dialogue (particularly corny is an early scene where the astronauts answer questions from some schoolchildren back on earth, which feels like a greeting card commercial). Despite some good performances, none of the characters are extremely well developed. The film’s ending, while not likely to please everyone, is very memorable at least - and it probably would’ve been even more powerful had the rest of the film been a bit stronger and built up more gradually.

So all in all, not a terrible film, and if you like space-thrillers then it could be worth a look sometime. But if you haven’t seen Alien, Gravity, Apollo 13 or Solaris, definitely watch those instead.