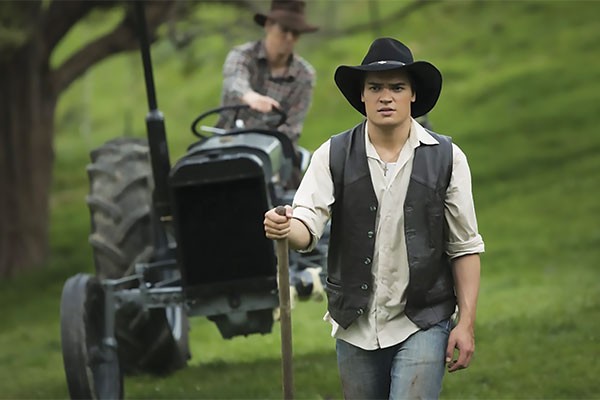 West of Eden is an independent film set in rural New Zealand in the 1960s. A low budget New Zealand film can sometimes spell disaster, but West of Eden engages the audience through its controversial and unique subject matter.

West of Eden is the story of Billy, a young Maori man who goes to work in the country to escape accusations of homosexuality. He meets Tom, son of an affluent farmer, and their friendship develops into a full-blown relationship. They are forced to keep it a secret, as society will not accept their love. This forbidden love creates a lot of tension and drama, and as Billy and Tom’s relationship progresses bitter revenge will occur and a family will be torn apart.

As expected from a New Zealand film, West of Eden has some great cinematography and plenty of good old rural New Zealand landscape. The time era may give older viewers a sense of nostalgia. The film is quite unique, as there doesn’t seem to be many other New Zealand films that discuss homosexuality, especially in the 1960s. It has even been dubbed a kiwi inversion of Brokeback Mountain. However, West of Eden seems much more appealing and relatable for a kiwi audience.

West of Eden is great because it is a window into New Zealand’s past. Assuming that this is really what society was like in the ‘60s, the film can be seen as a tribute to the bravery of gay individuals at the time and a reminder to the audience of how far New Zealand society has progressed.

All in all, it’s a pretty unique film and worth a watch. But if you can’t hack romance films maybe give it a skip. If you feel like society is pressuring people to conform these days, then West of Eden can serve as a reminder of how much easier it is to be different today.