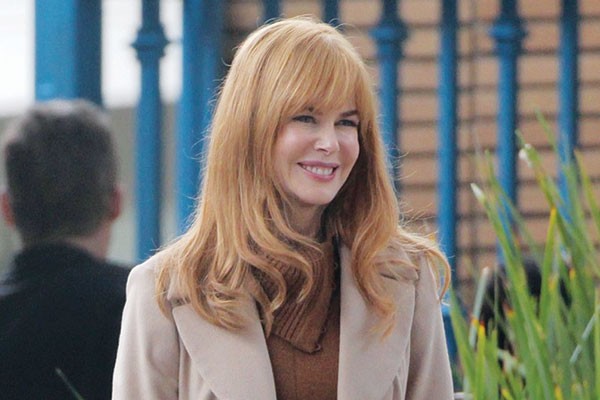 Based on the bestselling novel by Lianne Moriarty, Big Little Lies showcases a star-studded cast, including Reese Witherspoon, Nicole Kidman, Shailene Woodley, Alexander Skarsgard and Laura Dern. The characters are placed in a perfect world of seaside mansions and upper-middle-class school politics. The series takes on a dramatic tone with moody shots of the California coast creating the intriguing world in which these women live.

Big Little Lies begins with a disorientating party scene. The show sets itself up for something big and talk of murder is rife. In the first episodes, petty interactions between characters turn into major points of tension, creating a sense of anxiety and hostility.

Witherspoon exhibits her acting prowess as Madeline, a controlling mother. She is the town gossip and Witherspoon plays the role with gusto, instantly making her the central character of the story. Kidman plays housewife Celeste, who is a friend and confidant of Madeline. Quiet and unassuming in her domestic life, she is shrouded in mystery, referenced by people giving statements to police in occasional cut scenes. Many enviously note her age and the age of her younger husband, Perry (Skarsgard). Woodley plays Jane, a young single mother. She lives in a one-bedroom house with her young son, juxtaposing the beachside mansions occupied by her friends. She fatefully crosses Madeline’s path on the way to drop her child off at school and Madeline immediately takes her on board.

The way in which Big Little Lies is filmed creates a brooding, dark vibe likened to a Scandinavian murder mystery. The plot is intriguing and has good pace.

The show tackles the portrayal of the different lives of the women; from the career-driven Renata to housewives Madeline and Celeste, each character has their own struggles as they try to balance their respective lives. With a big finale promised by the opening scene, I wait in anticipation for each episode (sadly this is not a Netflix binge show). I would recommend trying it out for all those intrigued.