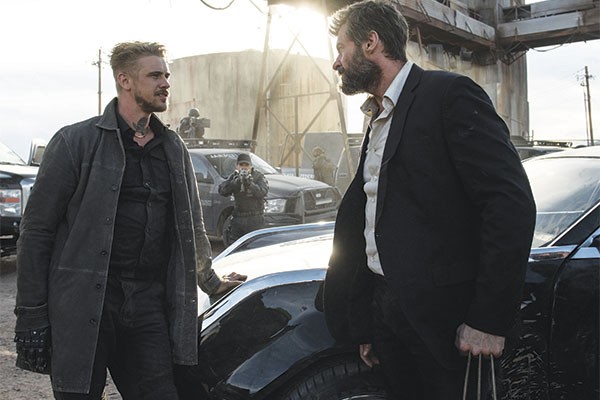 Set in the year 2029, years after the events of 2014’s X-Men: Days of Future Past, Logan brings the story of Hugh Jackman’s Wolverine (AKA Logan AKA James Howlett) to its logical conclusion. Fully embracing the ever-deepening growling bitterness in Jackman’s portrayal, Logan sees a time-worn, worse-for-wear Wolverine driving a limo for cash. Taking it upon himself to provide medication and care for a mentally-degenerating, elderly Charles Xavier, while suffering from worsening adamantium poisoning himself. There’s plenty of pain to go around. Logan becomes responsible for escorting a young mutant, Laura (or X-23), with mysterious ties to the near extinction of the mutant race, across America. The film transforms into a full neo-Western road trip, to the point where the phrase ‘superhero movie’ is inapplicable, and the Logan-Laura relationship falls squarely in expected ‘begrudging lone wolf and his cub’ territory. This relationship is extremely reminiscent of Joel and Ellie in Last of Us, so much so that a couple of shots are clearly lifted directly from the game. The difference here is that Laura gives Logan a run for his money in terms of physical brutality.

Despite a healthy smattering of very dry humour and bright visuals, Logan takes itself quite seriously, avoiding the trappings of past X-Men films by intentionally excluding cartoonish villains (no Mister Sinister, sorry comics fans) and spectacle heavy story resolution, and is all the more entertaining for it. That’s not to say that there are no superpowers present, but they feel more organic than before, and are often more of a product of a character’s desperation than a blatant effort to entertain the viewer with bombastic special effects.

It’s worth mentioning that Logan is incredibly brutal and the R16 rating is well earned. No more bloodless stabbings from Wolverine, fight scenes result in bloody wounds and decapitations. Hugh Jackman has proclaimed this his final outing as Wolverine. Thankfully, before Jackman hangs up his claws for the last time, we get to see him fully embody Wolverine’s signature berserker rage in a way never seen on screen before. His swan song couldn’t have been any more fitting or satisfying.