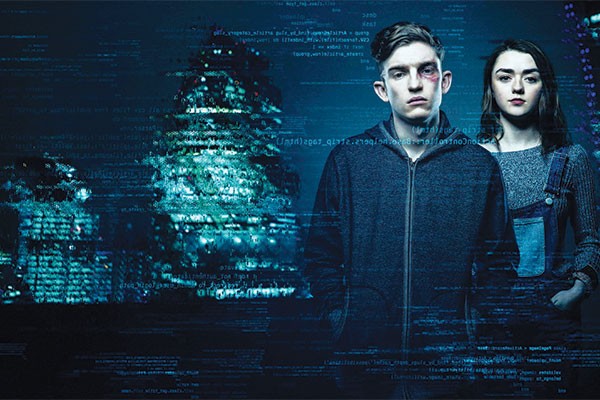 I don’t know about you, but when a Netflix original rolls my way, I tend to get pretty excited. Netflix has a habit of picking up cool, interesting shows and movies that wouldn’t necessarily get funding from conventional studios. I trust Netflix with my viewing pleasure. So, when I saw the Netflix original iBoy pop up in my ‘Recommended for Laura’ category, I ignored the terrible title. I even looked past the film’s concept: a boy has his phone shot into his head and gets magical tech powers. I thought to myself “hey, it’s Netflix! I’m sure it’ll be great. Also, it has Arya Stark in it! Awesome!”

Tom (Bill Milner) is an awkward teen living with his grandmother in a crappy apartment. Tom ignores the crime around him, but is obviously uncomfortable, there’s lots of crime in this area and Tom can’t really do anything to help. Excitingly for Tom, Lucy (Maisie Williams)—his crush —invites him to her house to study. When he arrives, he finds a group of men in masks violently assaulting Lucy. Tom runs away while calling the police. One of the men shoots him as he runs. Later, he wakes in hospital with a doctor explaining to him how he has parts of his phone scattered through his brain. Quickly, we realise that Tom has magical tech powers.

iBoy consistently sticks to being so unforgivingly grim and dark that it’s nigh impossible to enjoy any of it. It doesn’t really matter that the acting is fine—Maisie Williams offers a strong performance with what she’s given, or that the film is quite visually appealing with impressive special effects. iBoy drags along the dirty crime filled gutter anyway, taking itself far more seriously than it has any right to. This could have been a fun movie with a few moments of levity, but the soundtrack, the script, and the blue tone of the entire thing don’t allow for it.

I’m sorry iBoy, but you can’t have a vigilante superhero made of a boy who hacks the planet with his phone brain and make it gritty and dark at the same time.