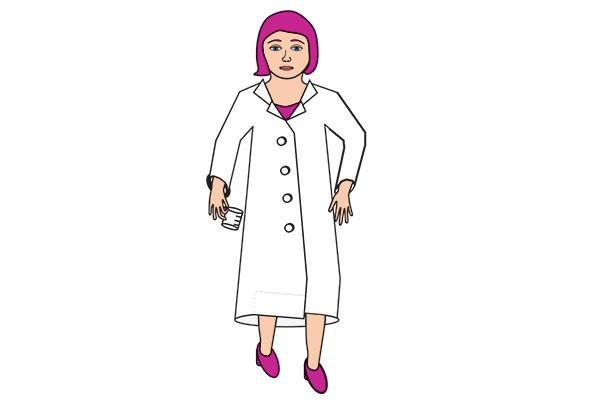 Why do we need...more women in STEMM?

By rights, this piece should be titled “How do we recruit, retain, and recognise women in STEMM”, but I was not clever enough to devise a snappy title that sums it up in eight words. STEMM is an acronym for Science, Technology, Engineering, Mathematics, and Medicine – all vital fields which have helped give us the modern conveniences we take for granted.

Firstly, how do we recruit more women into STEMM? We start by looking at role models. Women like Ada Lovelace, Constance Calenda, Elena Piscopia, and Zsófia Torma should be appreciated and praised for their contributions, not the untalented daughters of a lawyer who have contributed nothing positive to society. Sadly and somewhat ironically, role models for women in STEMM exists predominantly in science fiction. Doctor Samantha Carter (Stargate SG-1) holds PHD in theoretical astrophysics, is smarter than her male rivals, and well respected by her team. Kaylee Frye (Firefly), a largely self-taught mechanic who keeps the Serenity flying even when the parts were scarce to non-existent. Mainstream television is lagging, portraying smart, intelligent women involved in STEMM on popular television shows like The Big Bang Theory as either the nagging wife, or the awkward/bookish woman. This does nothing to normalise the fact woman can and do work in STEMM.

Sapna Cheryan et al (2013) explored the preconceptions of women in computer science in an attempt to find out why women are underrepresented in a fast growing and vital field. Cheryan found that female undergrads from Berkley and the University of Washington thought that to be successful in computer science they had to “dream in code”, and were aware of the current perception of what computer enthusiasts look, think, and act like – antisocial, pale, typically overweight, focused on one thing. From interviews conducted, when asked what STEMM field they would like to go into, the half the respondents (female aged 18-25) expressed an interest in engineering or computer science, while the other half expressed an interest in medicine. Many of them prefaced their answers with “If I was any good at maths…”, or added qualifiers like “I like the idea of it [medicine], but know I would never get anywhere with it.” Based on these interviews and from my own analysis of other papers, I believe that to encourage more women into STEMM, we start at the basics. We tailor the way we teach maths and the sciences for women. Before anyone gets excited, I mean we change how the topic is taught. I was not implying that we make it easy based on some wrongful assumption that women need the topic dumbed down.

Arthur W. Chickering and Stephen C. Ehrmann found that one way to encourage learning was to make learning collaborative not competitive, and to get students and teachers to engage with each other. This might mean professors devise practical exercises that push the students. Offer substantial course credit for students who are more practically focussed and provide students with the option of a final grade project like a new app, a mathematical theorem (with proofs), or from making a model heart with a working pacemaker. Not wait till masters and doctorate level, make it a second year project. You might get more students to stay and advance the field rather than get their degree and then waste their days away doing something unrelated. Yes it is scary, it would change the way the courses are taught, but it would mean that we branched out from simply reading and repeating, which is what many university courses teach. There is a vast gulf between actually learning and simply reciting.

We need to stop the stereotypical antisocial ugly loner and male image. I work with many women, most are younger, some have degrees, and all are smart. I do not fear them being smarter than me, I encourage and embrace it. We need to encourage women to enter STEMM fields, and not dissuade them with derogatory comments about joining medicine because of Grey’s Anatomy or Bones, or implying that somehow having a uterus does not mean they can work out the structural integrity and load limits of a bowstring arch.