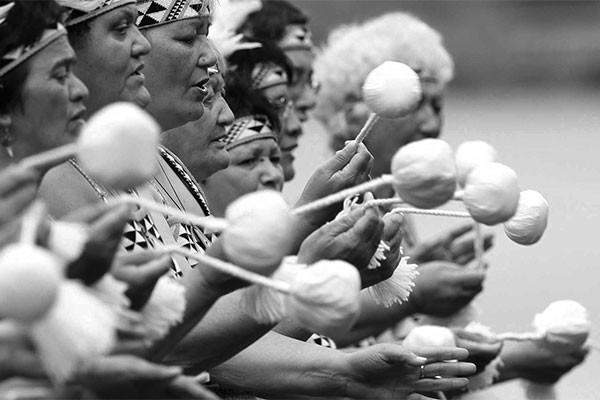 Poi E: The Story of Our Song

One of the great things about this documentary is how well it places you in this period of New Zealand’s history. This is approximately the period that my earliest memories of New Zealand come from (or a few years earlier): the era of Crowded House, the Son of a Gunn show, the Polar Pop Bear, etc. So needless to say, the look and feel of the old footage induces plenty of nostalgic feelings. Combine this with an awesome song, an inspirational story about a community overcoming hard times, and plenty of humour, and we have a film that’s loaded to the brim with charm.

We all know the song, but I at least knew nothing about the man who wrote it: Dalvanius Prime. Prime was working in Sydney as a backup singer to various big- name artists, and returned to his hometown of Patea around the time that the town’s meat works (which provided most of the town’s employment) closed down. It was a difficult time for Patea, and what better way to lift the spirits than making some kind of excellent hybrid of traditional Maori song and ‘80s electrofunk? The resulting song is now a beloved classic, but at the time not everyone was so keen on the idea, and it wasn’t an overnight success. It did eventually top the kiwi charts—a big deal at the time, since local content (especially Maori content) didn’t occupy much of the airwaves—and achieved success further afield.

No documentary about Poi E would be complete without the dancing guy from the video—he makes an appearance, and still has all the moves thirty years on. Taika Waititi and Stan Walker are in the mix too, discussing the song as representatives of both the pre-Poi E and post-Poi E generations.

Towards the end there are some aerial shots of the Taranaki region around dusk, which are really stunning and the film’s closing montage may well make you tear up a bit. I absolutely recommend seeing this movie, but not if you’re a New Zealander living overseas, because it will probably make you die of homesickness.