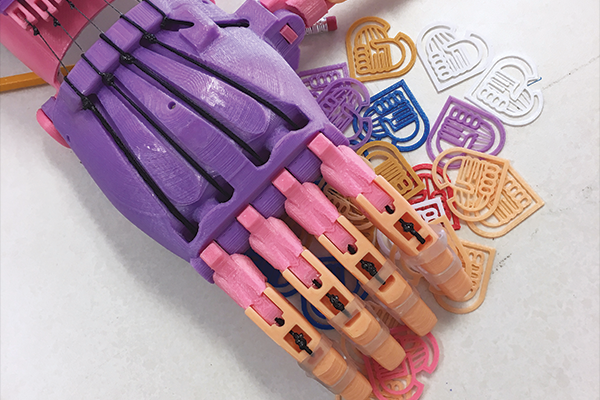 3D printing (or additive manufacturing) is the process where multiple layers of a pliable material are applied sequentially to create a new object. Youtube channel “Print That Thing” showcases some of the products being made with 3D printing. One example was motivated by the lack of medical supplies due to the Gaza conflict. In 2012, Dr Tarek Loubani created a stethoscope which costs approximately 50c NZD to make and apparently performs better than the professional models which retail at about $360 NZD. Another is the University of Central Florida who are able to make cheap prostheses for children, which can be constantly reprinted as a child grows. Not to mention DUS Architects in the Netherlands, who printed a house from recyclable plastic as both a move towards sustainable living, and trying to solve the problem of available housing.

With all the positive things being created through 3D printing, surely no one would want to make anything destructive….and then we have America, home of mass shootings. There are plenty of videos on Youtube from companies and individuals who demonstrate how to make functional 3D printed firearms using plastic and even steel. One bloke even made plastic rounds which were fired out of a modern handgun. In all seriousness, unless you are Agent 47, why would you need a 3D printed firearm? The only reason I can think of for using a printed plastic weapon is if you need to get past a metal detector to assassinate someone. But if you have played any of the Hitman games, you know that 47 does not need a weapon to kill.

One of the coolest 3D printed objects was reported on by Live Science earlier this year. A “lost” Rembrandt painting had just come to light, except the painting was not lost, nor painted by Rembrandt. Instead a computer algorithm was able to create an image based on the previous works of the Dutch master, and using a 3D printer, paint was printed onto a canvas in layers to mimic his brushstrokes. Unsurprisingly the art critics quoted in the article were appalled that such beloved artwork could be reduced to ones and zeros, but I believe that this idea allows for a new appreciation of art. Obviously you will have some enterprising individuals who would replicate the works of well known artists and pass them off as authentic, but art forgery is not a new crime.

In economics, there is a term called disruptive innovation. This is when a product enters the market, it is initially regarded as niche, but eventually becomes assimilated into day to day living. I believe that 3D printing falls under this category for three reasons. Firstly, the initial costs are relatively inexpensive. 3Ding is a company in India who are able to make high quality 3D printers which retail at $420 NZD. Secondly, many designs and plans are open source which allows for greater collaboration. Thingiverse is one such website where people share ideas and assist each other with their projects. The vast array of awesome/geeky designs shown include batarangs, the Phantom’s signet ring, and even a knife switch (think of a Frankenstein-type light switch). Finally, I believe that long term, 3D printing will change the way we manufacture objects on a large scale. Buildings will no longer be made piecemeal, but whole sections could be printed out on site like DUS Architects Canal House, thereby saving on labour costs, material wastage, and minimising noise pollution.

Constant refinements in both machine design and all stages of a product's fabrication should make it more profitable for both the scaling up of the printer's size, and large scale investment in the technology. The relatively cheap process, and the abundance of people willing to collaborate over designs to create almost anything means that on balance, the world will be a better place because of 3D printing.

TL; DR—Long term, 3D Printing will change the manufacturing process for many industries. But will this be positive or negative?