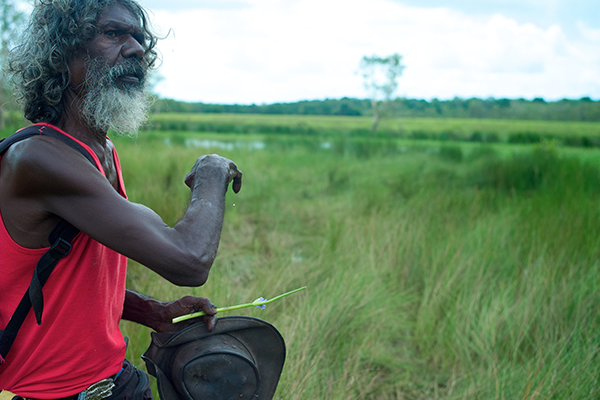 A story told by Australian actor David Gulpilil, Another Country examines the township of Ramingining in the Northern Territory of Australia and the postcolonial ramifications of enforcing Western ideologies and ways of living onto native groups of people. Juxtaposing scenes of Rave parties, hunting Kangaroo and a Christian Easter parade ceremony – the documentary shows a small handful of the traditional and Western ways of living. Gulpilil’s direct tone referring to the viewer as “you” (the white person), is a confrontational position for viewers. This also reinforces the message of self determination of Aboriginal communities vs. government determination, wherein “solving” one problem by forcing the Western way of living ultimately creates three more problems because it goes against the Aboriginal ways of living. Beautifully shot and at times uncomfortable to watch, this is a fantastic and refreshing documentary told from the perspective of Aboriginal Australia.