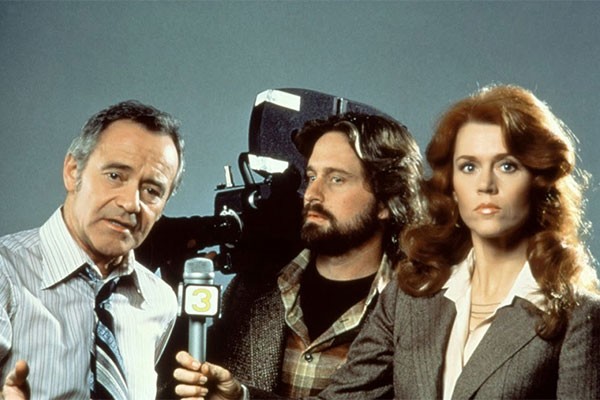 Going through a phase of watching ‘70s movies, as you do, I tracked The China Syndrome down after reading Roger Ebert’s effusive praise of it. The film was released at a time when nuclear power plants were a relatively new thing, and people were a bit apprehensive about them. Understandably, a film premise centred on a faulty power plant makes for quite a suspenseful movie, to say the least.

The film begins as TV reporter Kimberly Wells (Jane Fonda) and her cameraman Richard Adams (Michael Douglas) are filming a story on the fictional Ventana nuclear plant. During their visit, a disaster of some kind is narrowly averted by the crew; Kimberly and Richard capture the event on film, but are unsure of what exactly they filmed. The two then clash over whether to broadcast the footage right away or await proper authorisation. Meanwhile, the plant’s shift supervisor Jack Godell (Jack Lemmon) becomes increasingly panicked as he attempts to run damage control, while suspecting that the event was not an isolated incident.

Films from this era can sometimes feel a bit slow-paced by today’s standards, but The China Syndrome certainly doesn’t have that problem. The opening sequence makes you feel the terror of what it would be like to be deep inside a nuclear plant, and suddenly see the crew freaking out.

For the remainder of the film, we follow the protagonists’ fight to make their knowledge public while knowing that the whole area could be wiped out at any second. The last few scenes are particularly intense, and when the credits started rolling, I needed a moment to catch my breath.

Very occasionally, the film feels like it’s in danger of sliding into generic action/thriller territory or becoming slightly preachy. But overall, it succeeds in telling a realistic narrative and letting that story speak for itself. And throughout, the film benefits from terrific Oscar-nominated performances by Fonda and Lemmon.