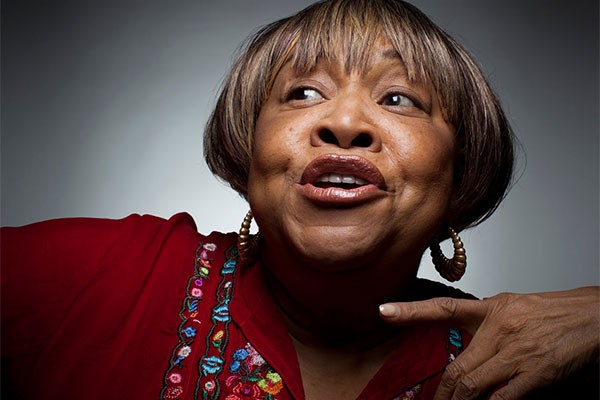 A heart-warming documentary that spans the life of Soul, RnB, and Gospel singer Mavis Staples, Mavis! entertains and informs on many levels. You don’t have to be a history or music buff to appreciate and enjoy all that Mavis Staples has accomplished during her lengthy career and life.

The documentary tracks back to the singer’s childhood in Chicago, where Mavis would front the family band as they sang gospel songs in a number of local churches, making note of her infectious personality and huge voice even then. Its pretty clear that Roebuck ‘Pops’ Staples has an enormous influence on Mavis and the rest of the family, bringing his (then) eclectic mixture of blues and soul to their gospel tunes. This is an aspect that a number of other musicians (Bob Dylan and Bonnie Raitt to name a few) identify as a key ingredient, alongside Mavis’s voice, to the Staples Family’s success.

Mavis! combines a mixture of clips, interviews and videos to thoughtfully characterise Mavis and the rest of her family. While starting with gospel, they soon garner widespread acclaim, and travel the country singing in churches. From there, the family dips their toes into more mainstream music genres, and the documentary articulates well the challenge they face balancing their religious roots with their new and widespread popularity.

Adding to all this is the interesting historical context, as ‘Pops’ was a vocal supporter and friend of Martin Luther King Jr, and the band wrote a number of songs addressing the issues related to that time.

While Mavis! weaves and exhibits multiple elements of the songstresses long and successful career, Mavis herself shines through. She displays a humbleness and appreciation of others, which makes her instantly likeable to both music lovers and novices, and makes for a really enjoyable 90 minutes of film.